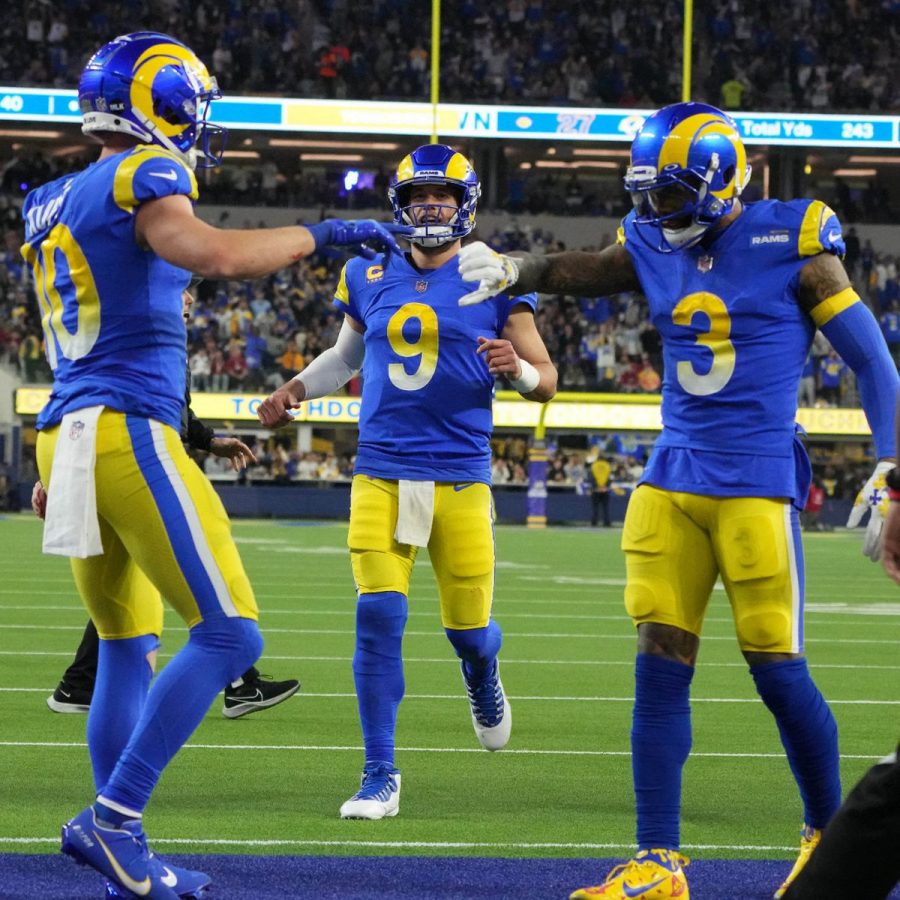 It has been 22 seasons since the St Louis Rams won the Super Bowl.

Fast forward to the second week of the February in 2022 and the Los Angeles Rams carry the spirit of St Louis when they prepare for an enormous encounter against Cincinnati.

Everything has fallen into place perfectly.

A Super Bowl played on their home deck is the perfect tonic to what has been a stellar season.

Led by their 34-year-old star quarterback Matt Stafford, the Rams locked away the NFC Championship with a 20-17 win over San Francisco.

Stafford is one of the main reason the Rams are favourites in this contest and can go all the way.

His postseason passing has been a thing of beauty having gained 905 yards – second only to Patrick Mahomes.

Offensively, the Rams are a serious threat in the air and on the ground.

There has been no better wide receiver in the playoffs than Cooper Kupp with the Rams star wide out going for 386 yards which has him ranked first in the NFL.

An x-factor almost no one would have thought possible is the form the Odell Beckham Jr.

In the biggest game of his professional career, Beckham rose to the occasion against the Bengals, catching nine passes for 113 yards.

His postseason numbers effectively doubled, as he moved to 19 catches for 236 yards and a touchdown.

Beckham’s rise to glory with the Rams has added a genuine second threat alongside Kupp, making the Rams’ passing attack significantly more difficult to contain.

Then you have running back Cam Akers who ranks third in the postseason for rushing yards and is always looking to bullock his way through opposition lines.

The Rams have no qualms locking down opposition in combination with their deadly scoring potency.

Los Angeles has been one of only two teams to concede less than 300 yards per game postseason.

Defensive tackle Aaron Donald and corner back Jalen Ramsey change what opposition offences are able to do against the Rams.

The ability of the two to stifle opposition routes and pour the pressure on quarterbacks and receivers is what could very well prove to be a focal point in the Rams’ push for a Super Bowl victory.

Add in the experience of outside linebacker and Super Bowl MVP winner Von Miller, and the Rams look set to make the celebrations in Los Angeles unpalatable.

With the crowd on their side as, there have been far worse bets than backing the Los Angeles Rams to win Super Bowl LVI.