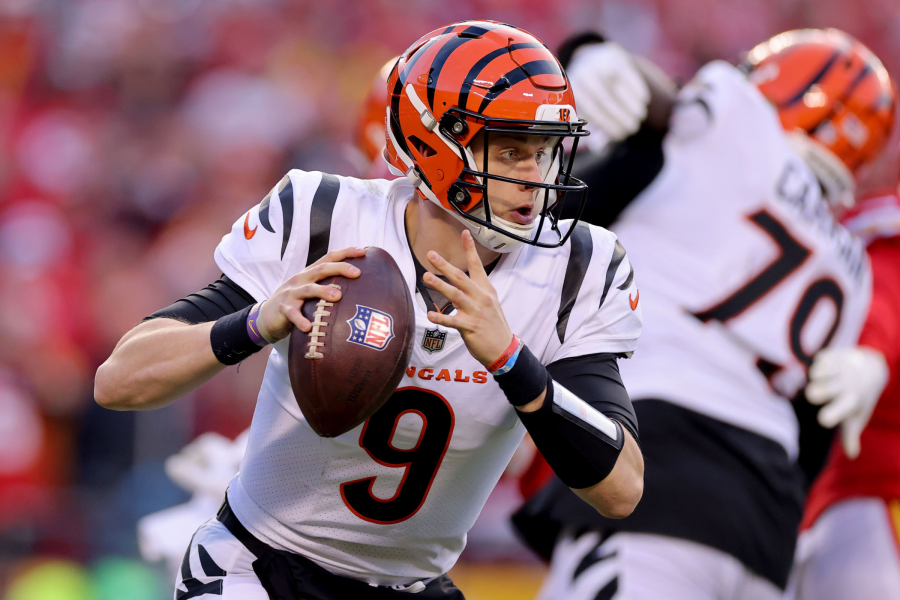 Throughout its 53-year history, never have the Cincinnati Bengals won a Super Bowl.

It could all change come 10:30am (AEDT) Monday morning.

The Bengals have defied all the odds stacked against them this postseason.

They surged to victory against Las Vegas in the NFL Wildcard Playoffs with a 26-19 result and then recorded nail-biting three-point wins over Tennessee and Kansas City.

It was the third time the Bengals took out the AFC Conference Championship.

The overtime win against Kansas City showed just how dogged and determined this Bengals squad is.

After trailing by 18 points, the Bengals decided it was time to cause the miraculous come-from-behind victory which no one saw coming.

With quarterback Joe Burrow in fine form, his battle with Matt Stafford is going to be a massive in determining the result in this game.

Handling the pressure of big moments is what this Bengals team has continually put forth.

Burrow is starting to show that he is the man that can swing momentum with one swift launch of his arm.

It was a 41-yard gem of a pass that sparked a momentum shift for Cincinnati late in the second quarter against the Chiefs and showed us that Burrow is capable of flipping a game on its head.

From there, he fought for every yard, including five rushes for 25 yards on the ground.

That it was Burrow’s first full season as a starter has to make those who live near the Ohio River quite hopeful, not only for Super Bowl LVI, but for the future.

With an elite quarterback in the gun, the Bengals also have two star receivers to target with every drive.

Ja’Marr Chase and Tee Higgins are part of a nucleus that will propel the Bengals to future success.

Kicker Evan McPherson ensured he buried the Chiefs with late field-goal to prove his worth as well and if it comes down to field-goal kicking, the Bengals have the edge.

Another who has answered the critics is coach Zac Taylor.

Much was made of his appointment by Bengals executives and many slammed his call to use pick one when bringing in Burrow to the franchise.

The offensive line for the Bengals might be weak, but Taylor has manufactured ways as a tactician to avoid issues that rise from this.

Short routes need to be the focus for the Bengals if they want to cause the upset.

Causing turnovers is also going to be an integral part of this Bengals push towards Super Bowl glory.

Forcing turnovers is nothing new for Cincinnati in the postseason of 2021/22.

The Bengals’ seven takeaways tie Tampa Bay for the most during these NFL playoffs.

Stafford has a nasty habit of throwing picks having done so on nine times in his last seven outings.

This Bengals defense, led by defensive end Trey Hendrickson and linebacker Logan Wilson, will be circling their prey ready to pounce at any given opportunity.