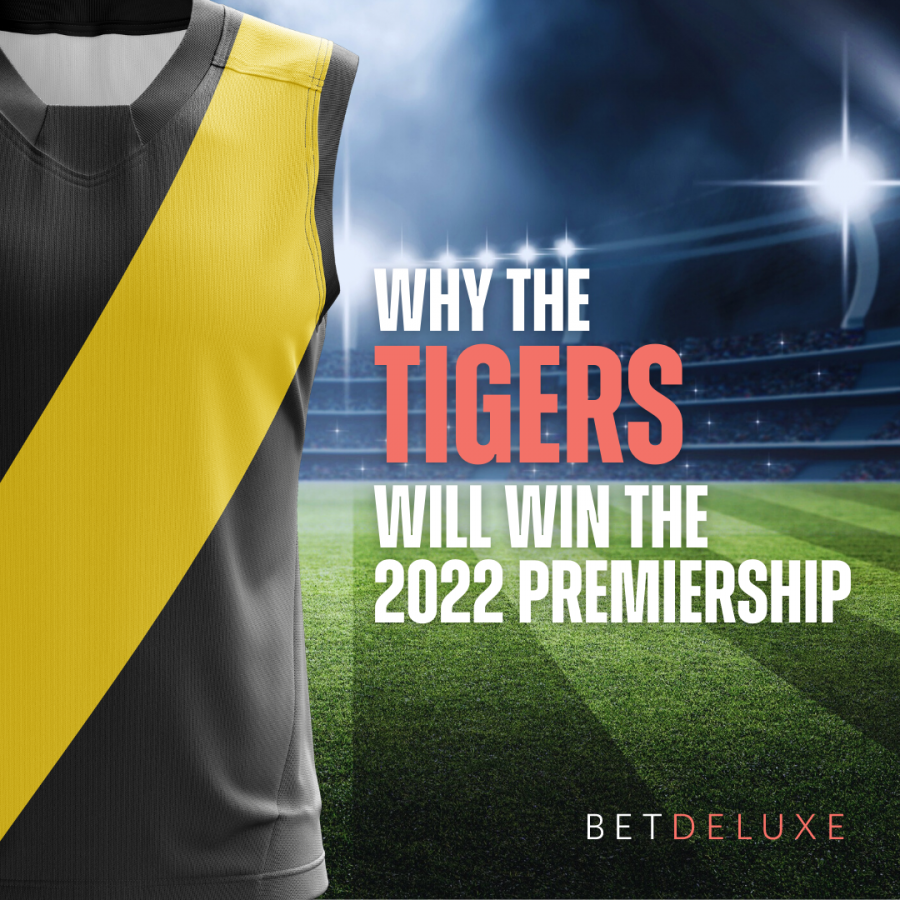 The return of Dustin Martin from a serious kidney injury means Richmond is back in the fold as a genuine premiership threat again.

Martin was left sidelined after a brutal clash with Mitch Robinson against Brisbane in July 2021 and it put him on the sidelines for the rest of the season.

The Tigers completely dropped off the boil and missed the eight by a long way.

But fast forward to 2022 and Martin is back in the fold after strong pre-season with his team mates who are ready to to have another crack at glory.

Toby Nankervis and Kane Lambert were sorely missed for the majority of the 2021 season and their returns to full fitness will be a much awaited addition to this powerful Tigers midfield.

‘Nank,’ as he is colloquially known, is one of the best ruckman in the game and his ability to cover the ground and get from contest to contest is second to none outside of Max Gawn.

Those premiership stars, if they remain fit for the majority of the 2022 season, are going to provide a massive spike in the midfield and backline for the Tigers.

The Tigers also went to the free agency to replace champion defender David Astbury who emotionally announced his retirement at the end of last season.

Robbie Tarrant was hauled in from North Melbourne as a veteran defender to plug a hole down back and his experience might just pay dividends for the Tigers.

With Tarrant, Balta and Broad leading the line in the Tigers backhalf, they are going to be pests for any forward line to get a hold of.

Closer to goal, Richmond’s midfield ranked last for average clearances in 2021 and they were well off the pace with their forward half pressure.

Much will also be made of the partnership between Jack Riewoldt and Tom Lynch.

You could argue both were no where near good enough in 2021, but with a depleted midfield, it was hard for them to get involved as they did in the premiership years.

The Tigers showed all the signs of a team jaded by injuries last year, but they still have premiership stars who now what it takes to get back up to the top.

If they stay fit, they can give the premiership another shake.