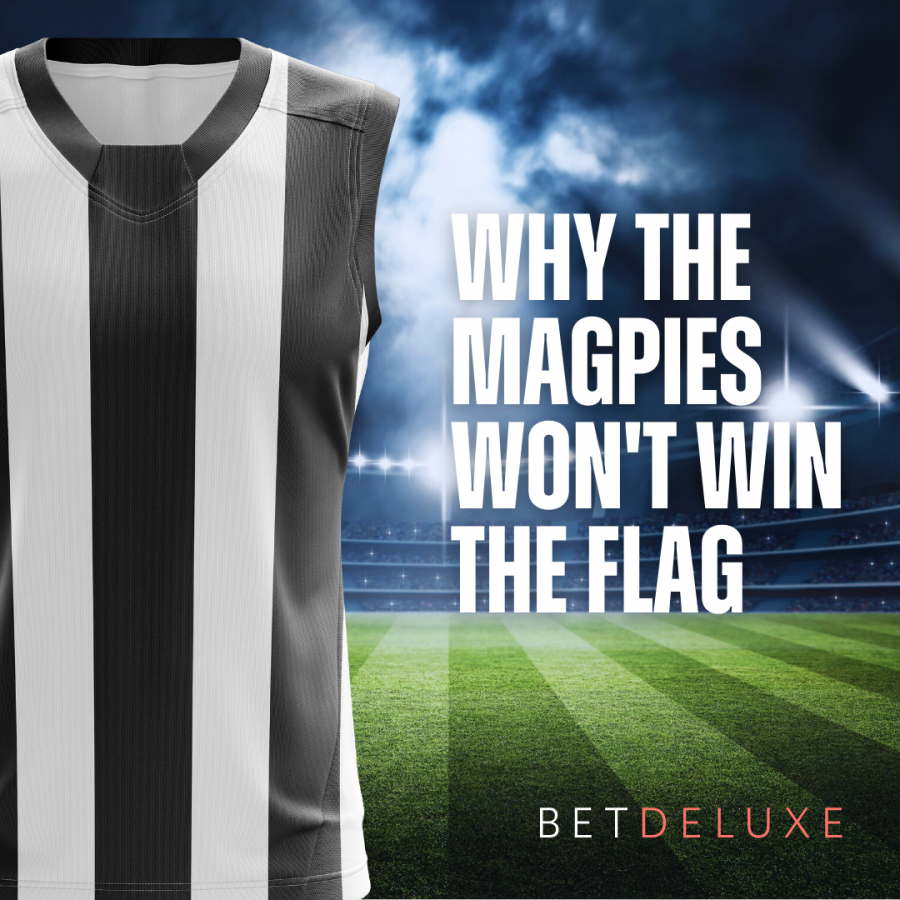 Much has been made of this Collingwood winning streak.

Seven wins on the trot and finals on the card.

The excitement is palpable and some of the big names in the media are starting to warm to the Mapgies.

Nick Riewoldt believes the black and white army can win the flag, but let’s have a proper look at why it really cannot get anywhere near the flag.

At the right time

Timing is almost everything in sports.

The Pies started off this hot winning streak with a six-goal win over Fremantle in teeming rain at Optus Stadium.

Evidently, Fremantle’s style of play does not really stand up amazingly well in those type of conditions. It was a scrap of a match and the Pies just played the ugly footy far better.

Then came the win against Carlton.

No Jacob Weitering. No Harry McKay. Two of Carlton’s most important key-position players.

Falling in against Hawthorn is not exactly anything to write home about given where it is on the ladder at the moment.

The win against Melbourne saw Max Gawn play with an ankle injury and stiff back, while Steven May also missed.

The frailties in Collingwood’s midfield and forward line were exposed at various stages of its close shave with with North Melbourne in Round 17.

Belted in clearances and outdone for field territory with the inside 50 count in North Melbourne’s favour, the Pies had to rely on a final-quarter rally to pinch the win.

Against any other team than a struggling North, the Pies would have been handed defeat.

The Pies rank bottom four for average clearance numbers, bottom three for disposal efficiency, rank 12th for goal efficiency and rank only eighth for inside 50s.

The run home & the true test

You might think the run home looks easy for Collingwood, but let’s delve into it.

Adelaide at Adelaide Oval is no easy beat given it pushed Melbourne all the way in Round 16.

Essendon has got its tail up and the second wind is evident at The Hangar.

Port Adelaide at the MCG will be a tough task and then trying to back that up in an away game at the ‘G against Melbourne will also be some sort of assignment.

Sydney at the SCG is almost always a grind of a road trip and then Carlton will want to get one back on them in the last round of the season.

What odds Collingwood to miss the top eight all together?

That could be the value play in the futures markets.