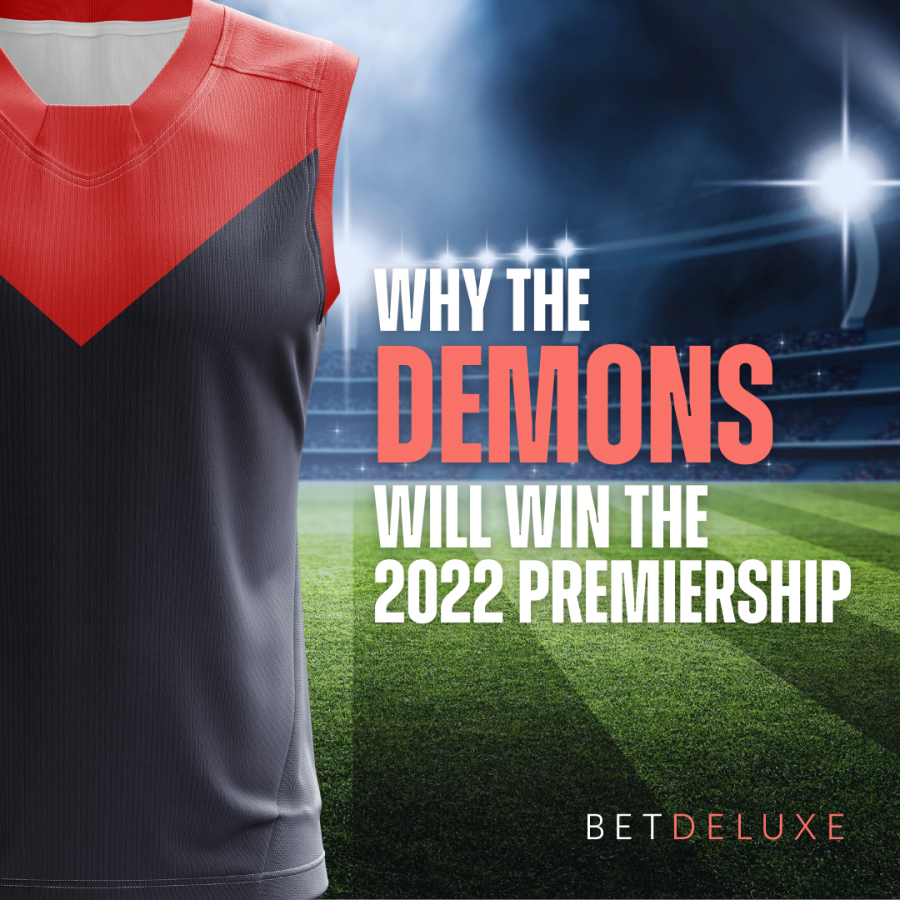 The recent news surrounding Melbourne might not exactly shed a positive light on coach Simon Goodwin, but from a pure football perspective, the Demons are irresistible coming into 2022.

Much was made of Goodwin’s ‘unsuccessful’ tenure at the club leading into last season with many calling for his head should he not go deep into finals.

Only those who shared the wildest of dreams could have believed the red and blue would win the 2021 grand final by over 10 goals.

But alas, here we are, the reigning premier heads into a new year with the challenge of having to defend its crown.

Given the way the Demons set up defensively last season, it was no wonder they proved brutally hard to defeat.

Steven May and Jake Lever secured the backline like a pair of security guards at Fort Knox, while Ben Brown, Tom McDonald, Bayley Fristch and Kysaiah Pickett caused all sorts of havoc inside forward 50.

Looking closer at the forward line and Melbourne’s offensive presence, the Demons tackle like mad men in order to lock the ball inside 50.

An average of 12.4 tackles per game inside the arc had Melbourne ranked first in the AFL last season.

Then there is the middle of the park.

We all know premiership teams need the best of midfielders.

Norm Smith medallist Christian Petracca ensures that calibre for A-Grade midfielders is met and his compatriot Clayton Oliver only needs a repeat of last season to help his side to another flag.

The Demons ranked fourth for total clearances per game in 2021, which was a catalyst for their triumphant year.

The man who facilitates those clearance numbers being so high is arguably one of the best players in the competition.

He is everything you want in a footballer.

He is a combination of power and elegance.

He throws his weight around and climbs over opposition, but has the deft touch to palm the ball down the throat of team mates.

He can be thrown down back to plug a hole and he can go forward to kick goals.

There are stars galore in this Melbourne team, but it is also the ‘job-doers’ who played and will continue to play an integral role heading in 2022.

Alex Neal-Bullen, Charlie Spargo, Tom Sparrow and Ed Langon ply away at their trade week in and week out.

Forget about what we have heard with regards to Goodwin and his coaching technique.

It is all about winning and applying a standard that can win you premierships.

Melbourne has that in spades.