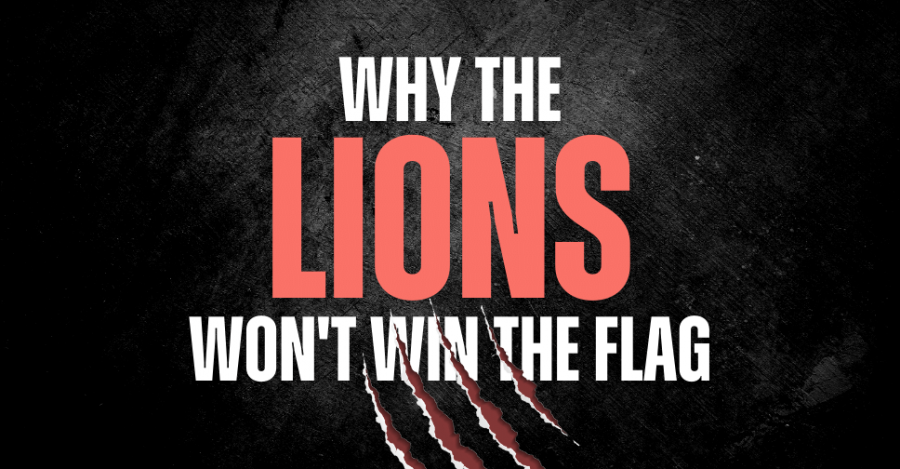 MCG is not a place for a Lion to be happy

Brisbane came into its clash against Melbourne at the MCG in Round 15 with a horrible record at the ground.

Eight years since a win at the ground with an average losing margin of 37 points and staring down the barrel of a 10th straight defeat.

It went from looking good early to be very ugly in three quarters.

After holding onto a one-goal lead at quarter time, the Lions were blown away and belted by 64 points.

They barely yelped, and there was no excuse despite being without Dayne Zorko and Zac Bailey.

If you want to win a grand final, you have to be able to play your brand at the MCG.

Poor form against the big boys

The 10-goal loss against Melbourne resounded the Lions to another defeat against some of the leading contenders for the premiership this year.

After Round 15, the top comprises of them, Melbourne, Geelong and Fremantle.

This season, Chris Fagan and his men have suffered defeats against Geelong and Fremantle.

They are yet to mount a serious case against any of those teams.

A 10-point loss to Geelong, a 14-point loss to Fremantle and the belting against Melbourne paint a bit of a bleak picture against genuine competitors.

The actual litmus test was against Melbourne last weekend, and the Lions failed.

If there was ever a chance for the Lions to capitalise on a situation gifted to them, it was in 2020 and 2021.

COVID protocols meant Brisbane was gifted a heap of fixtures at the Gabba, failing to make it count.

Flogged by Geelong in a preliminary final at the Gabba in 2020 and out in straight sets in 2021.

Indeed those last two seasons were the golden opportunity for Brisbane to hold up the premiership cup.

They seem like non-genuine racehorse who does not want to run past their opposition despite having the perfect run in transit.

The Lions have been in the one-one for the last two seasons and do not want to stick their neck out.

All gun premiership teams are strong, relentless and brutal at the contest when it is their time to go.

A quick look at the contested possession numbers in the competition sees the Lions rank 10th.

Geelong, Melbourne, Carlton and Fremantle all rank well ahead in this facet of the game.

It is an area that needs to be focused on if they are any chance of even thinking of making it to a preliminary final.

In 2021 the Lions ranked 5th for average contested possessions.

Do you want to win a grand final?