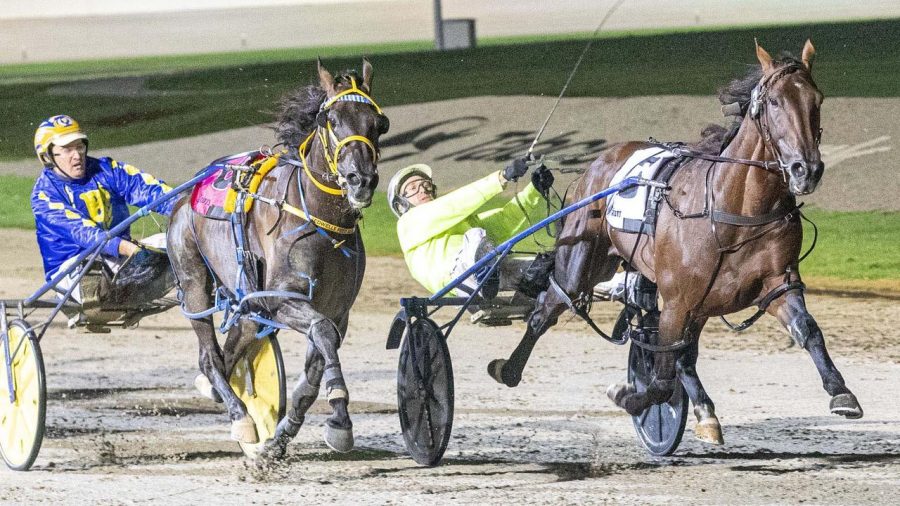 It is the running of the Group 2 $50,000 Terang Pacing Cup on Saturday night.

Our team has found all the bets to be with ahead of the eight-race program this weekend.

Keayang Silvagni from the marker pole is a much better proposition than what he faced last start.

Running in a R5661 race at Melton last week, he pushed forward to race without cover early in the run over 2240 metres and, despite hitting the front in the home straight, he was gunned down over the latter stages.

Coming back to 1680 metres should not be too much of a problem because he had good tactical speed from the arm.

Considering the circumstances of his most recent effort, it was a brave run and an effort like that here, with a more economical transit, will see him hard to beat.

He was a Group 1 winner as two-year-old and he enters this open class as a Super Series Final winner.

His most recent trial was not exactly one that would have punters laying into him first-up.

That being said, it was from a standing start and he broke up stride badly, but mustered up nicely to get back into formation and ended up finishing second.

The mobile start will be much better for him here as he can get into stride and hit momentum without having to accelerate from a standstill.

He should be able to make the favourite work from the outside gate as they come across towards the marker pegs.

Hoping Ellen Tormey is wise enough to judge the speed and either hold the lead down if cover is going to eventuate, or retain the front even if she has to do a bit of work to get there.

If there was ever a pacer who needed to get up to the staying distances it is The Penny Drops.

He raced over and unsuitable sprinting distance of 1720 metres in the Group 1 Great Southern Star series last start, but now he takes an immediate rise to 2680 metres.

He will have to jump from a 20-metre handicap at the standing start, but that will not be a worry for him here with his tactical speed and big stride.

Kerryn Manning should be able to tack onto the front-runner within the first few hundred metres and then make her move around the field in the back straight.

Predicting this six-year-old gelding to start much shorter than $2.6 at the jump.

Emma Stewart has another strong-hold in a feature event on a Saturday night.

We are siding with Like A Wildfire after his sensational 4.5-metre victory in the Group 3 Pure Steel at Melton a fortnight ago.

He is now hitting peak race fitness and will be able to handle the rise to 2680 metres.

Driver Leigh Sutton will just need to negate the wide draw when the gates fold back and if he can slot for some cover, good luck keeping him out of the finish.