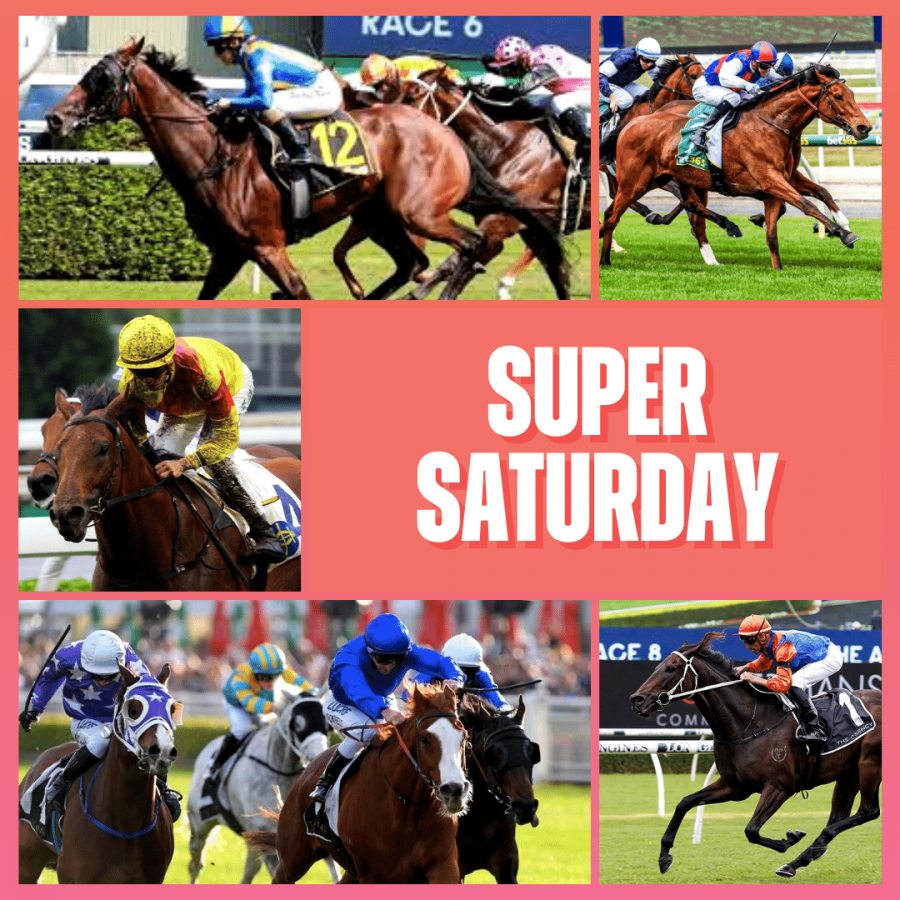 Super Saturday is in readiness as Flemington gets set for two huge Group 1 races with the running of the Australian Cup and Newmarket Handicap.

The track will play in the good range with tempo being a key to dictating results and that means every horse will get their chance to win if they are good enough.

The BetDeluxe racing experts have gone through the whole card to find all the best bets on a cracking day of racing.

Nanagui would have taken a heap of experience from her race debut at Caulfield last month.

The two-year-old filly was away a bit sluggishly from the barriers after being specked in the market over 1000 metres and she mustered well to finish second behind Sebonack who run a beauty in the Blue Diamond.

The school of thought for this girl looks as though the extra 200 metres will allow to find her stride without being hustled along in the early stages.

With James McDonald booked, we can expect her to be winning a big race.

Drawn the right part of the track and is the one to beat.

Flying Mascot just keeps getting better every time she steps out onto the course.

Her win in the Group 3 Mannerism Stakes over 1400 metres at Caulfield last start really showed us what she is made of.

She has a high cruising speed and a very nice turn of foot that is capable of winning some good races this autumn.

She is building towards peak fitness and can elevate to a new level.

The Tom Dabernig stable has its horsing going great guns at the moment as well and that give us even more confidence.

There are some classier horses than Mynumerouno in this race but he has the fitness advantage over a fair few in this field.

He resumed with 62kgs at Moonee Valley over 955 metres and stuck his neck out to win by a whisker.

It was a brave win considering he had to outside the lead, but he now tumbles down in the weights and can be ridden with patience, which probably suits him a little better.

Getting up to 1100 metres with a stronger fitness base will also be to his advantage.

Having a bit of a stab in the dark with one at enormous odds.

Do It La debuted in nice style at Ballarat just over a month ago and she has the makings of a nice horse.

She was very heavily backed to win her debut run and she did not disappoint.

Her bit of work since winning that race has been a sharp 800-metre jump out at Pakenham and she seemed to get the better of Nanagui who is a well fancied favourite in the earlier two-year-old race.

No worries with the rise in distance as she will be fitter for the debut run.

Bet Now: do it la

Argentia is ready to peak third-up at the mile and getting to a bigger track.

Her two runs this campaign have both been at Caulfield where she won first-up and then failed to chase down Lavish Girl in what was a crawling tempo over 1400 metres.

This race looks as though it will get a more genuinely run affair she gets a weight swing in her favour on Lavish Girl in this race.

Drawn perfectly and has the late closing sectionals to run out a strong mile.

A straight-racing marvel who loves it every time he steps out at Flemington.

The three-year-old colt is two from two up the Flemington straight and has speed to burn.

He held off his more highly-fancied stablemate Nature Strip in the Group 1 Lightning Stakes and looks ready to run a career peak heading into the Newmarket Handicap.

He clearly had plenty to come after being a drifter in the markets when resuming and he will screwed right down here to be winning this.

James McDonald sticks and he draws, what should be, the right part of the track.

Think It Over is a stable marvel for Kerry Parker.

The six-year-old gelding by champion sire So You Think has become a genuine Group 1 weight-for-age race.

He brings the best weight-for-age form in the country to this race having defeated Verry Elleegant upon resuming and then finding the heavy going a little too much to deal, but still ran a brave fourth in the Chipping Norton.

Really like the way he knuckles down and tries his guts out.

He is a line chaser and that makes backing him all the more favourable.

Getting back on top of the ground is going to suit him perfectly and Nash Rawiller stays aboard.

Drawn to get the perfect from the barrier and is going to be very hard to beat.

Rich Hips has some pretty good ratings at the Flemington 1400 metres and we are prepared to forgive after her first-up failure.

She pulled up lame as a $7 elect behind Flying Mascot and never looked a winning hope.

Nash Rawiller has been booked and he will try to do what he did on Melbourne Cup last year – get back, hunt up the inside and ride for luck.

Worth a play at long odds.

Chatres resumed with a big green tick next to his name after fighting out it for third place behind smart sprinter Finance Tycoon.

With a host of form lines comprising this event, he is one of only two horses to have come out of a Group 3 event and that is the strongest form reference for this race with regards to a class perspective of the brigade who have already had a run this campaign.

In his two career second-up efforts, he has won both times and that gives us great confidence that he will only improve on what he did last start.

Happy to have a a small each-way gamble in a low-confidence race with a host of chances.