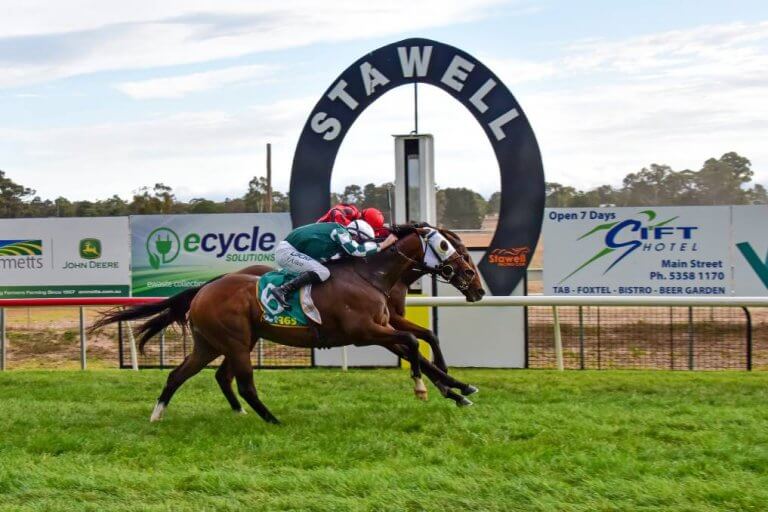 Tuesday racing in Victoria from Stawell.

The best bets on the eight-race card as we creep ever so closer to massive weekend of racing around the country.

A winning jump out from Intermix has this four-year-old mare ready to make a big impression on debut.

She won her jump out under a deadset strangehold and was let off the bit or asked to accelerate at any point in the home straight.

The Andrew Noblet-trained mare went to the line under her own steam and looks to be well within herself heading into her first career run.

She probably would have won her jump out by five to seven lengths has the brakes been released.

Draws a very soft barrier, which is a big advantage at Stawell.

Peter Hardacre does not send them across the Victoria-South Australia border for no reason.

The race looks to really open up for her from a speed map perspective as she gets up in distance and looks to dictate the tempo out in front.

A smaller field should suit her as well as she can get the lead without too much trouble.

She will no doubt show a fitness elevation and that gives her a big winning chance here.

Litermont clearly has the best ratings and figures in this race, but he is filthy unders at the current price.

He seemed like a horse who would progress well past country grade in his second preparation, but he clearly must not have shown the stable enough in his work.

In that case, we are siding with outsider Midnight Dream.

He trialled up really nice before resuming at Werribee over 1000 metres and running poorly.

The blinkers get applied for the first time to switch him on and her returns to the track where he won his jump out which is a tick.

Speculative each-way play more than anything, but worth a punt at the odds.

Suggested Bet: Midnight Dream each-way at $21 and $5 the place.

Elmore Lad drops down in grade and only has to go up 1.5kgs after the three-kilo claim from Stacey Callow.

Kym Hann seems to have placed him perfectly here and all the young apprentice will have to do is get this galloper across from the barrier and into a good rhythm.

His run behind Esotril Park ties in with some solid summer benchmark city form that has held up well.

If he repeats what he did last start, he will be seriously hard to beat and should be bouncing back with a win.

He is rock-hard fit and we can be confident he will run up to his last start rating given his strong fitness levels and sound nature as a race horse.