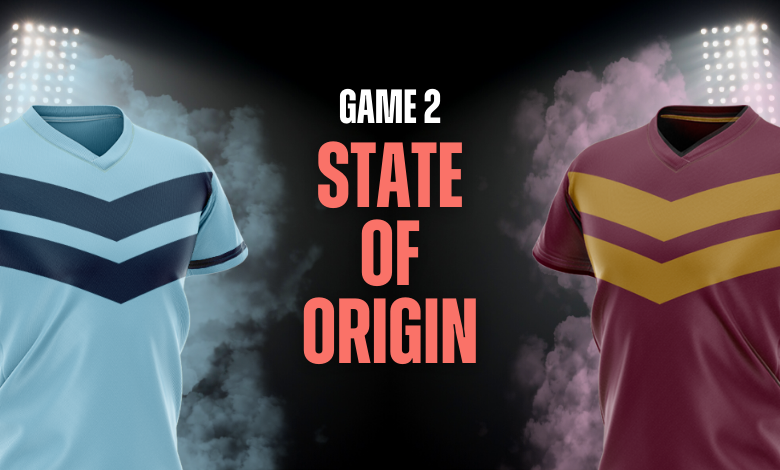 Will Queensland close out the series?  Will New South Wales keep it alive?

It is all on the line when these two old foes battle it out in game two for State of Origin.

The changes are ringing for Brad Fittler and NSW ahead of game two against Queensland with five omissions and nine inclusions for the Blues.

There are two origin debuts being handed out in the Blues’ camp with Matt Burton and Siosifa Talakai set to take the field, while Xavier Coates comes out of the Maroons line up due to an ankle injury.

Billy Slater has also had to tweak things around and has also handed out a debut origin cap to Murray Taulagi to replace the injured Coates.

Fittler has thrown the magnets around the whiteboard in an attempt to stop the Maroons influence at the ruck and in the clinches.

With Jake Trbojevic and Angus Crichton coming in, there is a little more steadiness in the Blues’ defence.

It is clear the Blues will try to exploit the Maroons with the kicking games of both Nathan Cleary and Matt Burton.

Slater will be keen to use his star five-eight in Cameron Munster as the tone setter yet again.

Munster was brilliant in game one and the clamps need to come down on him if the Blues are any hope of levelling the series back up.

They also need to find a way to look after Clearly, who barely had a moment of rest in game one thanks to the brutal Maroons pressure.

Giving the Blues another chance on the neutral deck.

NSW simply could not get its offensive game going in game one after a sensational defensive display from Queensland.

The game only mustered up 26 points, but with a host of changes to Brad Fittler’s team, expect a much improved performance on the offensive front.

With game two being at a neutral venue, both teams will want to put on a show in front of a new crowd as the NRL tries to pierce its way into Western Australia.

The flanks or the wings.

That is where we are looking for the first try.

Brad Fittler will be asking for more from his playmakers despite running for good meterage in game one.

Brian To’o always looks dangerous and he would be chomping at the bit to get out on the field after failing to cross the try line in game one.