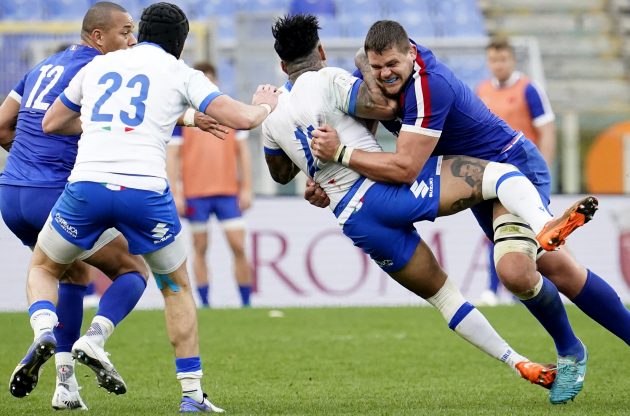 It was a cracking start to the Six Nations tournament earlier this month and now we get ready for the third week of fixtures from Europe.

Scotland and France get the Six Nations Preview for BetDeluxe underway.

France makes it way to Murrayfield for a huge Six Nations clash against Scotland this weekend.

The French have had a tough time of it against the Scots in recent Six Nations outings, but still come into this game as the faovurites.

A Scottish win would be their third in a row against France in this tournament.

It would be the first time Scotland achieves that feat having never managed three on the bounce against anyone other than Italy in the Six Nations.

Scotland will need be wary of France’s elite kicking game, which helps them gain territory and pin opposition into their defensive half.

The French have booted for 2,260m so far and that is well in advance of Scotland who have the second highest tally for this stat (1,907m).

Scotland will need its own kicking game to be virtually flawless if they are going to win the contest in this area.

France has looked incredibly dangerous in attack through its first two games, so Scottish coach Gregor Townsend will need have defensive units and tactics set up perfectly.

It’s hard to dislike what France has done in the tournament to date with its kicking game being a prime factor to its competitive edge over opposition.

Twickenham Stadium is set to host this grudge match between England and Wales as both nations look to get their second win of the tournament.

The changes are being swung by England Eddie Jones ahead of this pivotal clash three changes to his team which beat Italy.

Interestingly, for Wales, Wayne Pivac has a sprung a surprise move which sees Louis Rees-Zammit drop out of the squad with Josh Adams fit to return on the wing.

The scrutiny will come down heavily on the loser of this game.

Eddie Jones has a great winning record with England, but his losses against direct rivals have been under the blowtorch for some time now.

It is about time the Three Lions stood up.

It is just a matter of how far for Ireland when it comes up against Rugby Union minnow in Italy.

Ireland has 1-1 win-loss record through its first two fixtures of the Six Nations after a 30-24 loss against France last week.

The Irish pushed a kick-heavy French time all the way to the brink, but falling just short will have them motivated to punish the Italians.

Italy, despite two heavy losses, has shown some improvement in its defensive and offensive outputs through the first two weeks of the tournament.

The market has Italy ranked as a despited outsider and that is fair enough, but it is yet to be completely obliterated by an opponent just yet.

Think the Italians can cover the line from what we have seen.