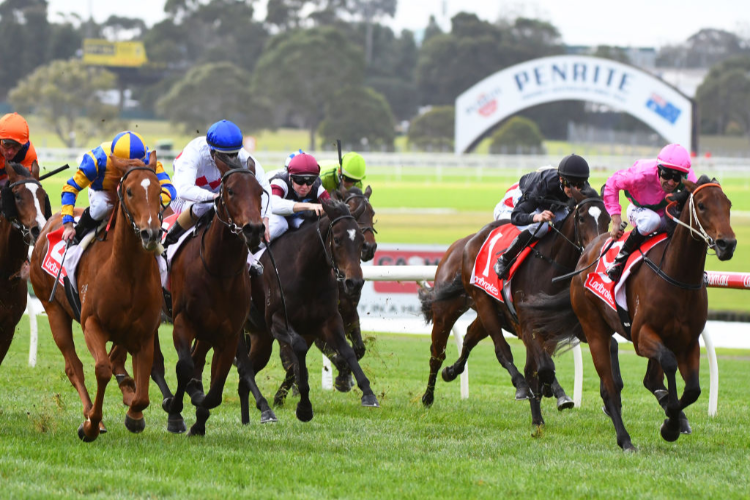 We head back to the Hillside track at Sandown for this Wednesday twilight meeting.

With eight races on the program, the BetDeluxe racing squad has been hard at work finding the best bets to be with on a cracking card.

A good each-way bet in race three has taken the eye as has a returning three-year-old gelding who is poised for stakes races this autumn.

Siding with the filly Cherrypick who gets back onto a drier surface.

The three-year-old filly ran respectfully is a BM-70 Saturday race over 1500 metres last start at Moonee Valley and is now absolutely peaking fitness wise heading into this midweek event.

She seems a type of horse who will prefer the long straight of Sandown and being given time to balance up.

The handicappers have treated her well at the weights and she gets the services of the in-form Daniel Stackhouse to pilot her.

There is added motivation to have her geared up for a big run with her VOBIS Gold qualification lining her up for a bigger winning cheque should see go on and win.

Believe she will get the perfect run from the barrier and will be in the finish.

Inverell returns for his second racing campaign after showing great promise in his first preparation.

He won a Sale maiden on debut in impressive fashion and was brutally unlucky in the Derby trial at Flemington before being completely outclassed in the Group 1 Spring Champion.

There is a big wrap on this horse and his jump outs, especially with the blinkers going on, have shown us he might just very well be a superior horse to the one that went around in the spring of 2021.

The Jamie Kah and Clayton Douglas combo have not exactly been fruitful for punters in the last few weeks, but that should change with this galloper.

Shultzy comes out of what looks to be a lowly-rated BM-58 at Benalla.

However he ran a really strong last 600 metres of that race over 1600 metres to set him up nicely for his springboard to 1800 metres.

Jockey John Robertson obviously knows this horse very well having ridden him his last two starts and he retains the ride here.

Thinking the rise in distance will suit this galloper and it will see him stride closer to the lead than he has in recent runs.

There has already been a little bit of specking for him in the market which suggests he has pulled up super from his run at Benalla.

The horse is fit and should run a nice each-way race for punters.

Eluding looks to have this race at his mercy should the speed map plan out as predicted for him.

He has an abundance of early speed which jockey Will Price should be able to utilise to full effect in this race.

Do not mind the drop back from 1600 metres to 1400 meres because he will likely lead the field up and use his big base of stamina to run the opposition off their legs.

He comes out a very fast-un mile at Sandown last start where he chased a super-hot early speed and was still whacking away to finish third.

The Tony and Calvin McEvoy stable seem to be hitting their straps now after a quiet beginning to the summer.

Tough to beat if he leads comfortably without being hassled.