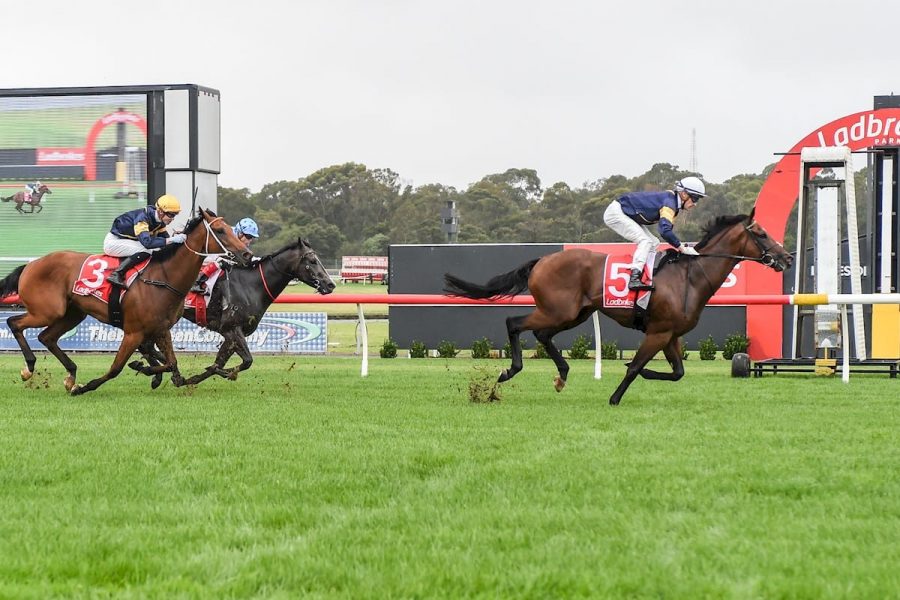 Eight races greet us for twilight racing at Sandown on Wednesday.

The BetDeluxe team is all hands on deck for a big set of best bets and tips with the pick of the day coming in the last on the program.

Cannot help but really like what Golden Vitrine did at his two jump outs in preparation for his first race.

The Ciaron Maher & Dave Eustace-trained three-year-old colt seems to really enjoy racing with the blinkers on after donning them in his jump out efforts.

The first jump out saw him settle in behind runners and finish off nicely over 1000 metres at Avoca, but it was the second jump out which took the eye.

His jockey allowed him to ease into stride and let loose with a nice sprint up the middle of the Colac straight with nice turn of foot.

Get the feeling that with Johnny Allen booked for this debut run and drawing a soft barrier in town, that we will see this horse ridden very close to the speed, if not leading and attempting to go all the way.

Looks a strong type of colt who will get better as he goes up in distance.

Should map ahead of his main danger in Heavenly Eagle and looks the one to knock off.

Va Via has been poking her nose about in stakes-grade sprints over the last few months.

That form reads strong for this race and she gets the blinkers for the first time in her career in a bid to spark her into winning form.

Damien Oliver has been loyal to her and remains in the saddle for this assignment.

Soft barrier and we expect her to elevate to another level with blinkers.

Grid is one of the more intriguing runners on the program with no official jump out or trial vision to go off.

We have to base this bet on trust.

The connections of Robert Hickmott and the Williams family are always worth a bet in these type of races at each-way odds.

He is weighted as the class horse in the race and Alana Kelly takes of 2kgs from the allotted 61.5kgs.

That tells us that they could very well be going forward from the inside barrier and trying to lead this from start to finish.

The money was spot on when Always On My Mind made her debut at Pakenham over 1400 metres.

She was very well tried in the betting and launched home down the outside with a sharp sprint to get the cash for the punters.

It was great display after settling in the rear half of the field and this race looks to shape up well for her.

Drawing the inside should see her nestle into a spot much closer in the run than she was in last start.

With an expected elevation in her fitness levels plus having the experience under her belt, she can make the necessary improvement to win at city level.

Mark Zahra sticks and he is riding in great form at the moment since returning from injury.