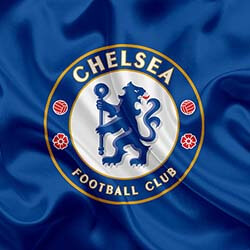 Russian billionaire Roman Abramovich has finally conceded to offload his ownership in English soccer club Chelsea. Abramovich confirmed the decision on Wednesday amid growing pressure from the UK government following wide-spread sanctions against Russia after its invasion of the Ukraine.

According to inside sources, at least two groups are interested in making an offer for the club.

Abramovich also said all net profits gained from the sale of the club would be donated to Ukrainian victims of the war. He also revealed that he had written off the £1.5 billion in loans he had made to Chelsea since taking over ownership of the club in 2003.

Part of a consortium (to be formed) interested in buying the club are billionaires Todd Boehly and Hansjorg Wyss. The latter, an 86-year-old businessman worth a reported £4.3 billion had been the first to show interest in acquiring Chelsea.

Those interested in buying the club have been invited to make an official bid by no later than March 15, 2022.

Abramovich, meanwhile, has strongly denied all allegations suggesting a close friendship with Vladimir Putin. According to a source close to the billionaire, he had lost the will to fight the issue because of the immense political pressure faced.

The 55-year-old said this week that his decisions had always been made with only the best interests of the club in mind. He said the decision to sell had been taken in this same spirit, and in the interests of the fans as well as the club’s sponsors.

Biennial WC A Threat To All Sports Says IOC

International Olympic Committee president Thomas Bach on Thursday labeled FIFA’s plan for staging a biennial World Cup a “threat” not only to soccer, but also to other sports. Bach also lamented FIFA boss Gianni Infantino’s absence in Beijing, saying the IOC would have liked to discuss the matter while at ….

Frank Lampard has agreed to a deal to become Everton’s manager for the next two and a half years. This means Lampard makes his return to management precisely a year after his big Chelsea exit. Lampard succeeds Rafael Benitez, who was booted after Jan. 16’s loss to Norwich City. Lampard ….

No IPL Franchise For Glazer Family

It has now been confirmed that the Glazer family, who owns both Manchester United as well as the Tampa Bay Buccaneers, have not been successful in their attempt to obtain the rights to one of the two new IPL franchises set to join the roster next year. Entering the highest ….

FIFA president Gianni Infantino has indicated a willingness to abandon the controversial plan of staging a men’s soccer World Cup every two years. Infantino, during a recent address before the FIFA council in Zurich, said he would call together a summit on December 20, to which all international confederates would ….

Attracting enormous criticism last week had been former English Premier League ref Mark Clattenburg – for his allegedly outdated comments about female referees in sport. Clattenburg made a controversial string of comments during a recent radio interview when he commented on Sara Cox recently becoming the first female referee in ….