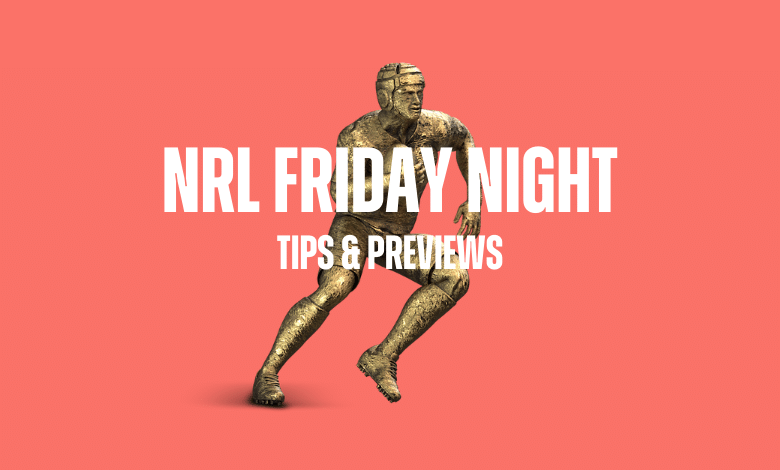 It’s the first Friday night of the 2022 season when the Canberra Raiders host the Cronulla Sharks and Brisbane welcome South Sydney.

Our team has found all the best bets and same game multis ahead these blockbuster primetime contests.

Canberra and Cronulla lock horns on Friday night as both teams look to improve on their 2021 campaigns.

The Raiders were super disappointing last season after missing out on finals and the start of the season might not have their fans up and about with injury concerns heading into this clash.

Canberra will be without star recruit Jamal Fogarty and skipper Jarrod Croker, while Cam McInnes and Wade Graham are set to miss for the Sharks.

With both teams fielding reshuffled squads, the market is finding a hard time splitting the two teams.

Additionally, it will be intriguing to see how the Sharks set up coming into this season.

The Friday night clash was set be the first in the NRL coaching career of new Sharks mentor Craig Fitzgibbon, but his voice being heard on the sidelines will have to wait another week.

Fitzgibbon was ruled out from attending the clash due to COVID.

Having served his apprenticeship under premiership coach Trent Robinson, Fitzgibbon has been highly touted in the assistant coaching ranks and gets the chance to put his DNA on a Sharks team desperate for success.

It will be left to assistant coaches Steve Price and Josh Hannay to relay the Fitzgibbon’s message to this new-look Cronulla team.

Ronaldo Mulatilo will be shifted into a central role given the omissions for the Sharks and new recruit Matt Ikuvalu shifted out wide to the wing position.

Looks as though the build up for Canberra has been far smoother and the home crowd will be urging them on at GIO Stadium.

But the Sharks’ omissions seem to have less of a bearing than those of the Raiders, so we will side with the visitors.

Brisbane is on the hunt to rise from the depths of despair when it faces 2021 grand finalist South Sydney in its season-opener at Suncorp Stadium.

There is a clear gulf in talent between these two teams, but with new season brings new hope for the Broncos.

Cody Walker could very well win this game on his own volition after a stellar 2021 season.

He will take charge of this Rabbitohs team in the key play-making role after Adam Reynolds left for the Broncos.

Walker will be a threat in any game he plays and the Broncos defence, which leaked horribly last season, will need to have come on leaps and bounds to stop him from having an influence on this contest.

Doubt there will be too much trouble for the Rabbitohs in this clash given the Broncos have had COVID rip through their squad, leaving star signing and newly-appointed captain Reynolds on the sidelines.