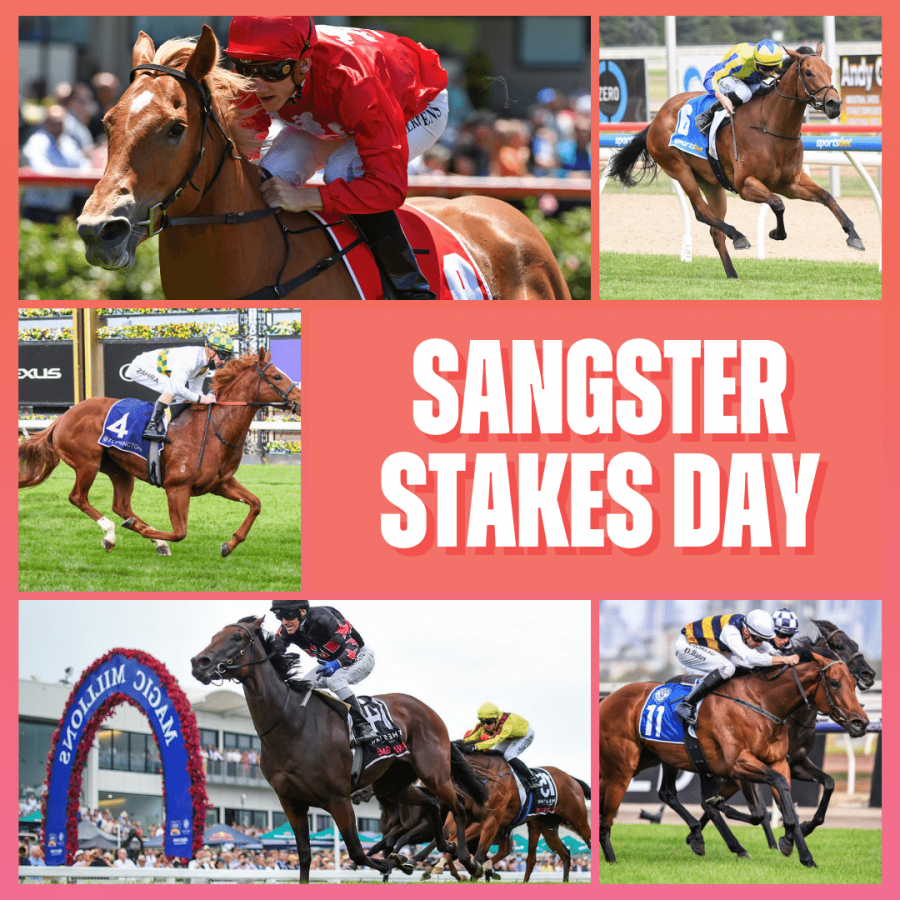 The Adelaide Autumn carnival keeps on keeping on with the running of the Group 1 Robert Sangster Stakes over 1200 metres.

Thanks to the Punter’s Prince, all the best bets and selections from the nine-race card are on the board.

Eagles Crag has some significant changes to his constitution as a racehorse, and it looks to have done him a world of good.

The Ciaron Maher & Dave Eustace stable has opted to have him gelded to get him to settle in his runs and conserve energy for race day.

He also has the synthetic hoof filler coming off, which tells us any underlying galloping or hoof issues he had are now a thing of the past.

He has had two solid jump-outs in preparation for this race, and let us not forget he did start a $3 favourite in a BM-80 race at Caulfield last trial on a heavy track.

Finding a much easier 78-rater in Adelaide should have him in this up to his ears, and Jamie Kah being booked to ride only adds merit to this runner.

He is aptly named for what’s happened over the last two years, but away from that, he seems a horse who will progress to city grade.

He debuted with a bang at Donald over 1200 metres and was immediately sent for a spell.

He looks to have come back a stronger horse, and Craig Williams has been assigned to guide him around the track.

He is lightly-raced and has more freshness in his legs than the rest of the field.

I like when this juvenile horse comes up against a field that has reached its ceiling.

Peter Moody and Linda Meech combine to saddle up this two-year-old gelding on debut.

He has shown good ability at the Pakenham jump outs by winning both in good time.

Seems to have a nice turn of foot to the eye and he handled being ridden under pressure quiet easily.

His stride is nice for a sprinting-type of galloper at this age bracket and could actually be a better horse when ridden with a sit rather outside the lead like we saw in his most recent jump out.

Barrier six should present the opportunity for Meech to tuck in behind the leaders and get some cover a pair back.

The favourite in this race looks a bit vulnerable with a gap between runs, Prairie Flower is likely to get too far back and the Maher filly drawn in barrier eight will probably snick back to last.

Race sets up well for the Moody horse.

She was starting to become a pest and a money muncher; however, her last two runs have been great.

She has put together consecutive victories and now has excellent conditioning to run another solid 2500-metre event.

This is the biggest test she has faced in her career, and she is in the best form to tackle it.

She gets in on the minimum with 54kgs and has the freak in Jamie Kah to pilot her.

Now that he’s had the sighter around Morphettville, Bacchanalia looks ready to win again.

At the last start, he got out of his comfort zone and had to do too much work to land in an on-pace position.

This race opens nicely for him with the rise to 1200 metres suiting, the inside barrier allowing him to get a soft run and the GOAT in Damien Oliver wielding the persuader.

He has a good turn of foot and will be running well.

Suggested Bet: Bacchanalia each way at $6 for the win and $2.05 for the place.

Sirileo Miss is now ready to run a peak race this preparation.

The mare from the Symon Wilde team was brave in defeat at Caulfield as an odds-on favourite at the last start when she had to do too much work in the run.

She was forced three-wide on a limb with no cover and then pressed forward under the urgings of Damien Oliver to sit outside the lead.

The run eventually took its toll, but she found the second incredibly despite the leader winning easily.

She was coming again on the line and gave all the indications she was crying out for the mile.

She gets to 1600 metres and will find herself getting a much more economical run from barrier six.

Damien Oliver has stuck with her and can reserve this mare’s sprint for later in the race rather than using her energy at the start as he did at Caulfield.

He resumes off a mini spell and has the talent to win this race.

He travelled up to Queensland and struck wet tracks and poor Barriers so that we can forget those runs.

Let’s focus on the last time he went head to head with Behemoth at Morphettville.

He was nutted in a photo finish but now gets the big weight swing in his favour.

Linda Meech being booked is a sign the stable will adopt positive tactics for this race.

Suggested Bet: Beau Rossa each way at $5 the win and $2 the place.

Bella Nipotina has become a much better horse since joining the Ciaron Maher & Dave Eustace stable.

The four-year-old mare has been very competitive in Group 1 races and got herself into winning form last start by winning the Group 2 Sapphire Stakes at Randwick.

She can now take the necessary step to win at Group 1 level, especially with her set-up in this race.

Johnny Allen will land her perched behind the leaders and should get the run of the race.

She meets Away Game at equal weights this time around, has a map advantage over September Run and has a starting-price profile which saw her start shorter than September Run last time they went head to head.

She could very well start favourite.

Suggested Bet: Bella Nipotina each way at $6 for the win and $2.25 for the place.

I am excited to see what this filly in I Am Bene can produce upon resuming.

She scorched along to win her debut run at Gawler and was sent straight to the paddock after it.

She looks like a talented galloper based on the gap she put in her opposition at her first start.

Dropping back from 1200 metres to 1050 metres shouldn’t be an issue because she has the speed and tactical ability to match it with this field.

Hoping jockey Paul Gatt is wise enough to probe through on the inside, hold firm and either lead or sit a pair back.

Either way, she is the one to knock off.

Bet Now: I am bene