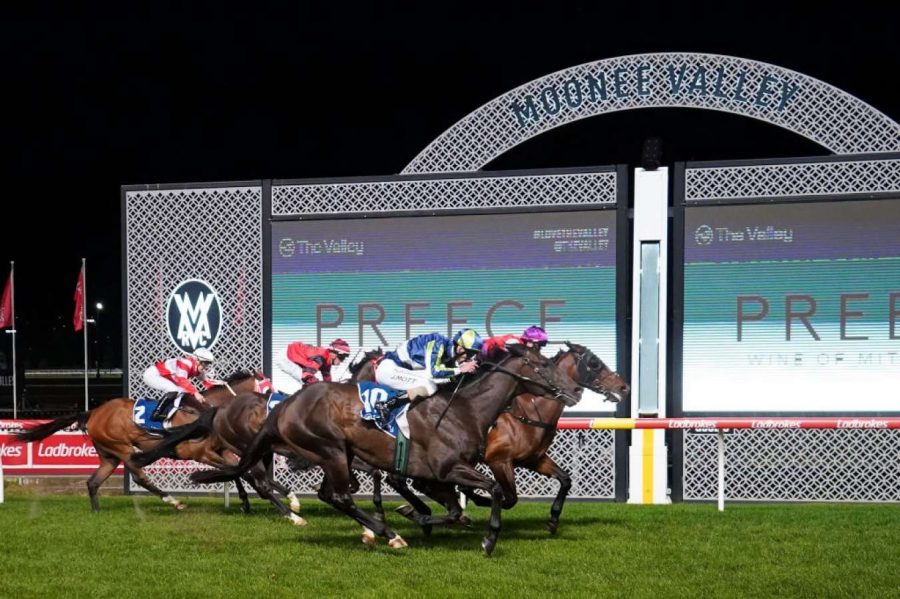 A cracking card at Moonee Valley to warm the cockles ahead of a massive Group 1 weekend.

The best of the night comes up nice and early on the program with a two-year-old colt from the Freedman stable ready to win.

Brings in the best city credentials of any runner in this field after finishing behind I’mLovin’ya at Flemington.

He was well beaten on that occasion but he got way too far back to make any real in roads on the winner and place getters.

Racing at a track around a bend with the rail to guide him as well as the blinkers going on in a much smaller field, expect him to lead and boot clear on a track that will favour on pacers.

Mark Zahra has been booked and you know he will be positively away from the barriers.

Turn It Up Tommy has come back a stronger horse this around after competing respectfully in stakes grades races during his first campaign.

Denis Pagan saddles him up and has acquired the services of champion jockey Damien Oliver, which is a massive sign this horse is flying and ready to win.

The three-year-old gelding returned with a strong run over 1400 metres a fortnight ago and will be fitter for the run.

Up to 1600 metres is a tick and Oliver will give him every chance to win.

Bet Now: turn it up tommy

French Moon is flying at the moment having won two of his last three starts.

He is in the form of his career and gets the chance to take home the Stayers Final race over 2500 metres.

The four-year-old gelding by Puissance De Lune skipped away to a three-length victory at Bendigo over 2200 metres last start and comes into town with strong form and fitness.

He should be able to handle the rise to 2500 metres with his platform in a race that looks to lack early speed.

Think Harry Coffey will roll towards the lead and attempt to hold the front from Annunciate.

Tough to see him being beaten if he controls the tempo out in front.

Plagiarized toughed it out to win by a bee’s diaphragm on debut at Moonee Valley over 1200 metres on February 11.

He had to do it the hard way by sitting outside the lead to defeat the race-fit Matao Ma.

The race rated quite strongly for a maiden of that calibre at Moonee Valley and he can definitely make it two from two.

Think this BM-64 is the right progression for him and it will be nice to see him ridden with cover in behind the leaders and saved for one run.

Will need a little bit of luck from the inside barrier, but he’s got Damien Oliver to figure that out.

If he makes any progression from that last-start effort he will be hard to beat.