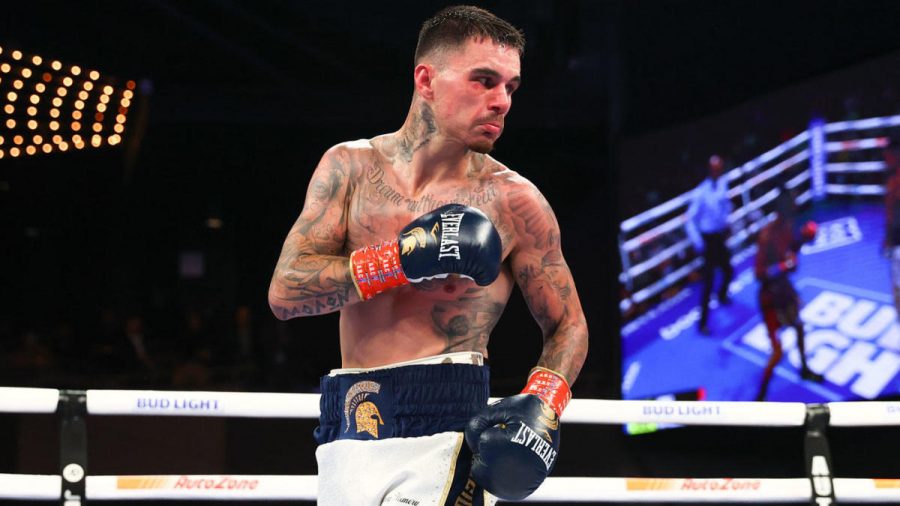 With over 50,000 patrons expected to be in his corner, George ‘Ferocious’ Kambosos will aim to keep his undefeated professional record intact when he comes up against Devin Haney.

Kambosos stormed onto the boxing scene when he caused a massive upset by defeating Teofimo Lopez at Madison Square Garden on November 27 last year to move along to a 20-0 win-loss tally.

On the other hand, Haney is expected to win this fight with a 27-0 record, including 15 knockouts, which has him installed as the $1.57 favourite.

This fight will officially determine the first undisputed lightweight champion since Pernell Whitaker in 1991, so a heap of history is riding on this result.

Haney will use his defensive mastery to wear down and block out Kambosos, who the considerable crowd will undoubtedly urge on.

Haney must be wary of how Kambosos can systematically break down his opponents.

The strategy Kambosos plans to use in this fight lies in his ability to hit hard and hurt his opposition early in contests.

Haney looked slightly vulnerable early on in his fight against Joseph Diaz, which he would ultimately go on to win by unanimous decision.

Another factor to be wary of is the ability to win on a split decision.

Kambosos has won via this way in three-straight fights, something Haney has never done.

The noise this crowd will make might even have a slightly favourable influence on the judges.

For Haney to win, he must keep his cool, block out the crowd and use his defensive nous to withstand the early onslaught Kambosos will be ready to throw.

As much as this might pain the Australian audience, Haney’s defence might be too much for Kambosos to penetrate enough to sway the judges or even knock down the 23-year-old American.

No doubt ‘Ferocious’ will have the spirit of the Spartan Warriors within him, but Haney will likely edge him out here.