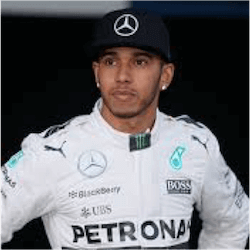 Lewis Hamilton on Tuesday opened up for the first time about his feelings regarding everything that’s happened in F1 since last year’s controversial final in Abu Dhabi.

Speaking while back at the track for the first day of testing in Barcelona earlier this week. Hamilton accused Formula One stewards of being biased – and added that some stewards were friends with “certain individuals”. Hamilton returned to testing nearly two months after he was denied an eighth world title by Max Verstappen and F1’s impromptu racing rules – a feat that would have seen him break Michael Schumacher’s record.

Other recent developments have included last week’s sacking of race director Michael Masi. The Australian had been the one to bend the rules when he allowed Max Verstappen to clinch the win with the help of a last-minute safety car rule change.

According to Hamilton, who clearly continues to harbour strong feelings over the event, the FIA must take a hard and long look at its stewards.

Every Grand Prix race is stewarded and overseen by four race officials who help take control of the event as well as make important decisions about incidents on the track.

Mercedes boss Toto Wolff, however, this week distanced himself from Hamilton’s stance and accusations of bias. He said since track stewards are typically intelligent people, he could not see how there could be “conscious” bias. Wolff added that the only thing he believed needed working on was the level of professionalism in the stewards’ room.