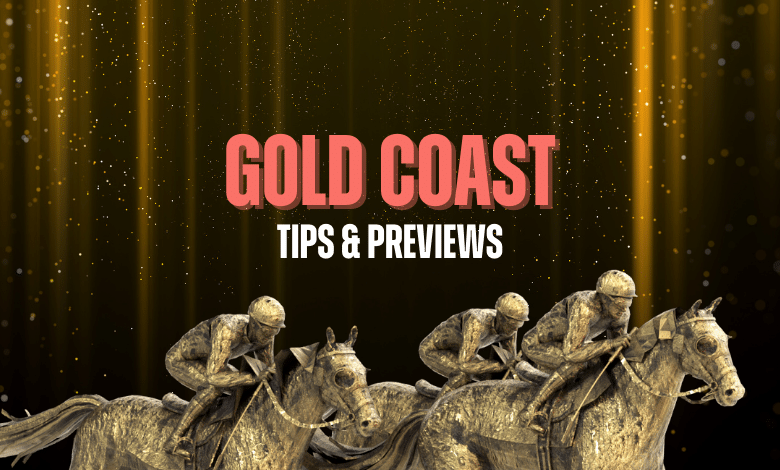 The Punter’s Prince goes through all the best bets and selections for a big meeting at the Gold Coast on Saturday.

A sprinter from New Zealand has been marked as the best of the day.

I am backing Snitzfly over the favourite here in Sibaaq.

This Tony Gollan-trained runner has the race fitness and speed map positioning in favour of his main danger.

He has been running around short prices at his last few starts and building towards a win.

Barrier three looks like the ideal barrier to perch away behind the leader, and he can save all his energy for a big burst in the home straight.

A speed machine who has made the 900-metre distance his own in his last three starts.

He knows no other way than to put the handlebars and go full bore as soon as the barriers open.

He gets James McDonald as the pilot and should be winning this race.

Le Baol looks the classiest runner in this field after competing bravely in the last start of the Sydney Cup (3200m).

Having been acquired by Ciaron Maher & Dave Eustace, he has become a much better galloper going clockwise since being sent up North from Victoria.

He might have been beaten a long way in the Sydney Cup, but he ran fifth in a gruelling affair and now finds a much easier race.

William Pike has taken the ride and should find a spot with cover-up on the pace.

Not the highest confidence race, but Robusto could be the way to go here.

Has promised plenty as a young and finally put it all together when winning his maiden at Warwick Farm in February.

He is a colt who can get a bit hot in the yard, but he is undoubtedly a city-class horse.

Keep an eye on the parade ring; if he parades without an issue and conserves his energy for the race, he can knock off Nettuno.

Possibly one of the more intriguing runners on the program.

Yamazaki resumes for new trainer Michael Costa, a very nifty horseman in his regard.

Her trial under the guidance of Costa looks to have her revved up for his first-up run in the new stable.

Giant intent here with Hugh Bowman being booked to ride, and he can unleash her vicious turn of the foot if he can settle her close enough in the run as predicted.

Would need lousy luck to be beat here.

She brings the best form to this race, having tackled the Group 1 AJC Oaks last start.

She is the best horse in the field, should push forward from the wide gate and be too good for this lot.

Sword Of State had two starts in Australia earlier this year, and they were in some hotly-contested juvenile sprints, one of them being the Group 1 Coolmore Stud up the Flemington straight.

He was sent back to New Zealand and found winning form at his two starts back there and now comes back over the Tasman to compete down under again.

He finds a fantastic race to kick-start his Australian winning record and draws a perfect barrier.

He will not have to do too much work in the run and can hold out Prince Of Boom, who draws a wide barrier and will likely have to spend petrol tickets out deep on the course.

He definitely can take the sit if the speed gets too hot out in front, but we expect him to lead this up and be hard to run down.

No prizes for tipping Zaaki here.

He’s the number one horse in this weight-for-race because he has panels on the field.

Ayrton has been touted as a Group 1 horse, but Zaaki is the one full of substance having already been there and done it on multiple occasions.

He has a picket fence worth four wins next to his name and is now entering his second preparation as a racehorse.

There is every chance he has come back faster and more robust.

From what we have seen at his 1050-metre trial, he has kept the dash in his legs and will be revved to run a ripper upon resumption.

He gets in on the minimum weight, a favourable speed map that has him landing in the lead, and he is likely to be at least three lengths ahead of his main rivals in the run.