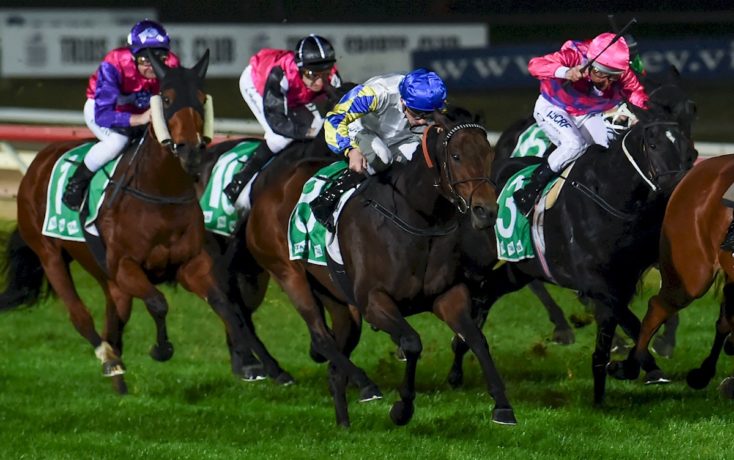 It is a bit of a wait for the best of the night with a filly looking the goods in the last race.

All the best bets across the eight-race card are in, and the Punter’s Prince is confident we can start the weekend with winning form at Cranbourne.

Verlander has an extensive fitness edge over the majority of this field.

She ran a super race in the $1,000,000 Showdown at Caulfield behind Kings Consort and Bello Beau.

It was a great effort considering she was four months in between runs, and she is sure to have come from that effort.

She will settle on the speed and look for cover, which seems the ideal scenario for a track like Cranbourne.

She is starting to give punters a throbbing headache; however, Nice For What is ready to be nice to us this campaign.

This three-year-old filly has raced in some pretty handy stakes-grade events in her career and had not been well-placed or set up at her last two starts.

Since November last year, she returned to the races off a spell and put together two quick jump-outs without being asked for an effort.

Her main danger will be Treotto, but he has drawn a tad awkwardly.

Jye Mcneil can probe through on the rail from barrier two, hold down a position and tuck away with cover.

Get the feeling she will be better served ridden with cover and hoping she can explode over the top of them late in the race.

She will need a bit of luck from the inside but will have plenty of energy to sprint enormously late if the race pans out as predicted.

Bet Now: nice for what

Having speculative bet on Telecaster based on what he was predicted to do on debut as well his most recent jump outs.

The Trent Busuttin & Natalie Young-trained gelding was sent out as a $3 favourite over this course and distance in maiden grade at his first start, but he pulled up lame and was immediately sent to the paddock for a spell.

He has since come back in good order with two nice jump outs.

He comes up good each-way odds and is definitely worth a play.

Suggested Bet: Telecaster each-way at $10 the win and $3 the place.

Head First has been the victim of circumstance at her first few runs this campaign and then copped a shocker of a ride at Caulfield over 1100 metres the last start.

She resumed when lacking race fitness at Sandown, then took a big step to 1200 metres before her luckless Caulfield effort.

The three-year-old filly will now be perfectly conditioned to run out a solid 1200-metre event, and we can only hope Patrick Moloney does not overthink from the barrier and presses forward.

She has the talent and speed to lead this field up, which will be a significant advantage on the on-pace favoured track.

Expecting her to win this race and then progress to town the start after.