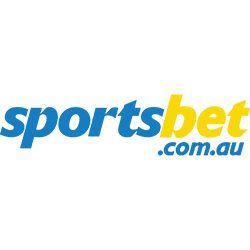 Australian authorities have slapped online bookmaker Sportsbet with $3.7 million in fines for sending unwanted (spam) gambling ads to users. The bookie reportedly sent more than 150,000 promotional emails and text messages to customers who had attempted to unsubscribe from the service.

The fines and penalties include the biggest penalty imposed on any entity to date for contravening Australian spam laws, namely $2.5 million. The balance of the fine constitutes refunds payable to customers who proceeded to place wagers after receiving the advertising messages.

The fine comes in the wake of urgent calls by financial counsellors and suicide prevention specialists worried about the effects of gambling marketing on vulnerable persons. It was confirmed this week at the promotional texts and emails had been sent to over 37,000 registered Sportsbet customers, and between January 2020 and March 2021. The messages contained either incentives to bet, or information about upcoming promos, said the Australian Communications and Media Authority (ACMA).

According to ACMA, Sportsbet, a subsidiary of betting and gambling giant Flutter Entertainment, had furthermore sent out at least 3,000 marketing texts that included no way to opt out of future messages of a similar nature.

ACMA chair Nerida O’Loughlin furthermore confirmed that Sportsbet had in fact continued to send out the unwanted spam messages even after the watchdog organisation had made contact with the bookmaker.

The bookmaker has reportedly now agreed to appoint an independent auditor to oversee its compliance with anti-spam regulations. Refunds to customers will also be monitored in this way.