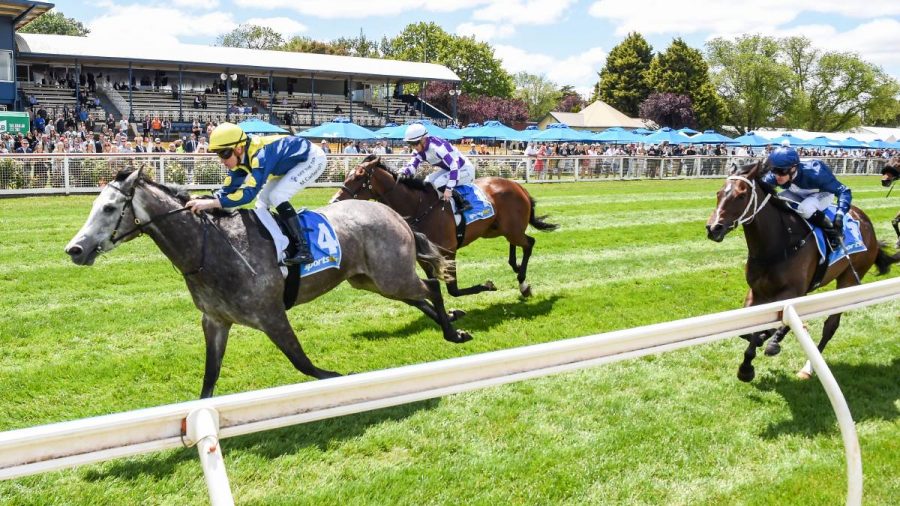 Ballarat hosts Tuesday racing with eight races on the program to pick our way through.

The Royal Blue Army of Godolphin has a stronghold on the first of the day, while there is plenty of value littered throughout the rest of the card.

Romeus is the only raced horse in the field and that is going to be his advantage in this race.

He is a beautifully-bred colt by Impending out of Group 1 winning dam Guelph, making him an attractive horse to back.

His resuming run over 1000 metres was in a slowly run race, and he did look like a horse who would be wanting a bit further.

His last 400 metres was run in 22.76, which was his best area of the race from a time perspective.

With Damien Oliver being booked and this horse having a fitness advantage over the field, we expect him to be winning this.

The debut of Presser was a good enough showing to suggest he can be winning a provincial race at this second start.

The Archie Alexander-trained three-year-old colt went to the line nicely at Warrnambool over 1400 metres on debut in a race that was run quickly in the early and middle stages.

He will have taken great benefit from that run as his conditioning just petered out late in the race.

He gets up to the mile and looks as though it will only benefit him here with his sire being Caulfield Guineas winner Press Statement.

Draws an ideal barrier to help himself land in a nice spot one off the fence and is a huge winning chance in this event.

Sir Peter gets some significant weight relief from his last start.

He had to shoulder around 63.5kgs for having dropped back to country BM-58 grade at Terang, but with four-kilo claimer Matthew Chadwick hopping aboard, he will only carry 59.5kgs.

The market should warm to that weight drop as well as being the leader of this race.

He is rock-hard fit and will be hard to run down if Chadwick can get control of the front.

Being forgiving of Next Step Berrima after he last-start failure at Werribee.

The four-year-old gelding started a $3 favourite in BM-58 grade and was tailed off to finish seventh of nine runners.

Something clearly went amiss, but we want to pay respect to the starting price.

He draws an outside barrier here, which might be to his advantage in this race rather than being bailed away on the inside of runners as he was on February 4.

Senior jockey Arron Lynch takes the ride and we are confident he can run a big each-way race at a good price.