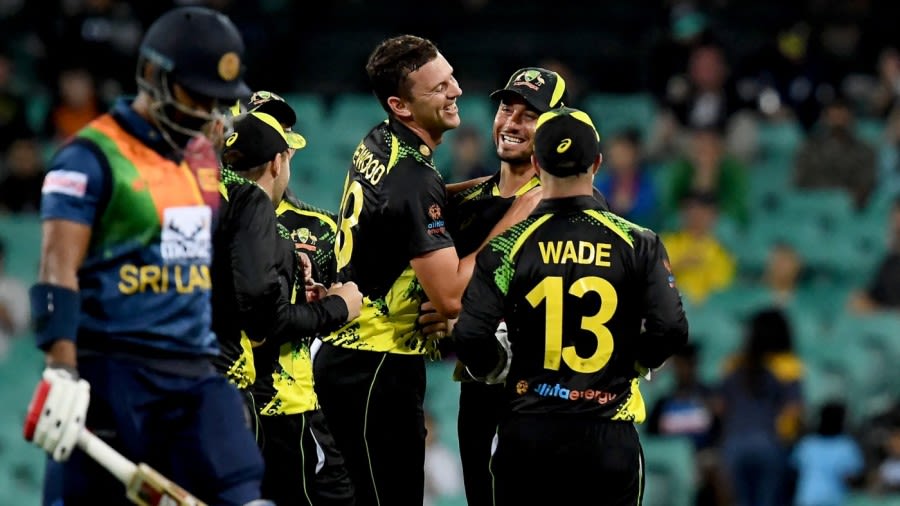 After taking a 2-0 lead thanks to a super over victory at the SCG, Australia is on the quest to lock away a series triumph in the third T20 match against Sri Lanka at Manuka Oval.

With both sides being unable to split each other after set a 164-run total in the first innings, it was left to eventual man-of-the-match Josh Hazlewood to restrict the Sri Lankans to six runs in the deciding super over.

The Australians only needed three balls to win and now look set to take an unassailable lead.

Josh Inglis marked his second career game for Australia with 48 runs to validate his credentials as a bonefide short-format international batsman and his form with the willow will likely be a presence in this match.

The Sri Lankans need to get much more from their top batsman if they are a chance of hauling back the 2-0 deficit.

Pathum Nissanka was the only one to show resistance up the order after he smacked 73 off 53 deliveries.

Trying to combat the likes of Hazlewood, who has incredible figures of 4/12 and 3/22 through the first two games, is easier said than done.

Having said that, you could mount an argument that Sri Lanka have been harshly done by with losing the first game under Duckworth Lewis rules and then being stiff to lose in a super over.

But Australia is the T20 champion for a reason and its ability to put off-field dramas with former coach Justin Langer to the side has been exemplary so far.

The Green and Gold lads should be able to make it 3-0 on their way to another series victory on Australian soil.