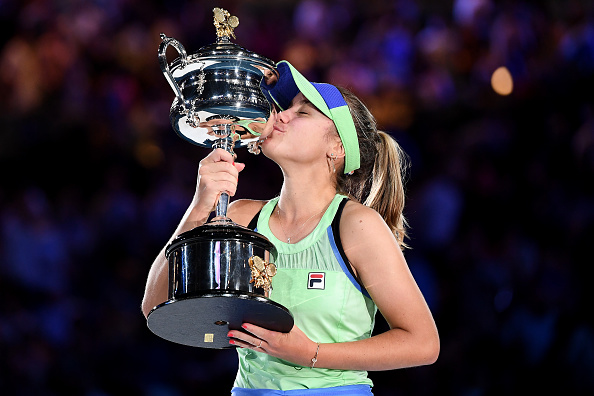 A maiden Australian Open grand-slam victory is on offer for both Ashleigh Barty and Danielle Collins when the two big-hitting women take to centre court at Rod Laver Arena on Saturday night.

Barty has carried the hopes of Australia on her shoulders throughout the tournament and has, to this point, done so with consummate ease.

Her run to the final has been nothing short of spectacular and has put aside any detractors to her crown as the number one lady in women’s tennis.

Collins, meanwhile, might very well be one of the comeback stories of the last decade having dealt wth endometriosis last season.

The world number 30 now faces the toughest challenge of her career with a clash against Barty in front of the endearing Australian faithful at Melbourne Park.

The 28-year-old American has always had the talent to make it to the big stage, but how it sizes up against a player like Barty is yet to be proven.

Collins crushed Iga Swiatek in the semi final with a brutal 6-4, 6-1 victory and Barty recorded a very similar win against Madison Keys as she strolled to a 6-1, 6-3 triumph.

Barty has the edge of having been there and done it before with regards to winning grand slams, but she has failed to do so in Australia, which will surely be playing on her mind.

The form of Collins against Swiatek was some of the best tennis we have seen in 2022 and could very well become a huge problem for Barty.

Our queen of tennis is hard to ignore at the moment, but she is going to need to be at her best and some more to make sure she holds up the trophy at the end of this match.