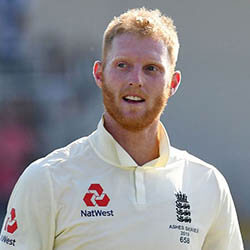 Cricket fans can look forward to a documentary on the life and career of New Zealand-born England all-rounder Ben Stokes.

According to a prominent UK news page, Stokes has for the past 18 months been working on the secret project. He’ll also be accompanied by a film crew during March’s Caribbean tour.

The feature-length documentary is the work of television production company Whisper and major sponsor Red Bull, and details his time on as well as away from the pitch.

The documentary will include the death of his father, former NZ rugby league star Ged Stokes, who passed away in December 2020. Also in the limelight will be the mental health break Stokes took last summer, as well as the challenges he faced resulting from a longstanding finger injury.

Stokes recently declined an invitation to compete in this year’s Indian Premier League. He’s also declared that going forward, Test cricket will be his number one focus, beginning with the three-match mini tour against the West Indies.

In addition to shining a spotlight on the next phase of Stokes’ illustrious career, the documentary will reportedly also be taking stock of his many highs and lows.

Also set to be re-lived will be the all-rounder’s stunning summer of 2019, when he helped England to a World Cup victory at Lord’s. His early years and family life following his move from New Zealand to Cumbria at the age of 12 will also be detailed as part of the highly anticipated film.

Former England defense coach John Mitchell has denied allegations over a fallout with Eddie Jones being the reason behind his decision to quit the role. Mitchell only three months before resigning signed an extension to his contract. The New Zealander has in the meantime taken up a coaching role at ….

Joe Root Firm About No Racism At Yorkshire

England captain Joe Root has once again reiterated that he never witnessed any racist behaviour during his time at Yorkshire cricket club. Former teammate Azeem Rafiq recently told a parliamentary select committee that he had been “hurt” by Root’s insistence that no abuse had taken place at Headingly – or ….

CA Says Paine Should Have Stood Down In 2018

Cricket Australia has now admitted to the fact that former Test captain Tim Paine should have been asked to stand down when he was initially investigated over a scandalous text message three years ago. The cricketing body will in future perform background checks on all potential national team captains. An ….

One more voice has emerged as part of the aftermath of the Azeem Rafiq racism scandal: that of World Cup-winning England spinner Adil Rashid. Rashid is the latest player to have backed Rafiq’s allegations made against former England captain Michael Vaughan. According to Rafiq, Vaughan had during the lead-up to ….

Alan Davidson, a man widely regarded as one of the greatest left-arm bowlers of all time, has died. He was 92. Davidson was a master of economy. Aside from every other incredible achievement, of which there were many, he throughout the course of his illustrious career bowled off no more ….