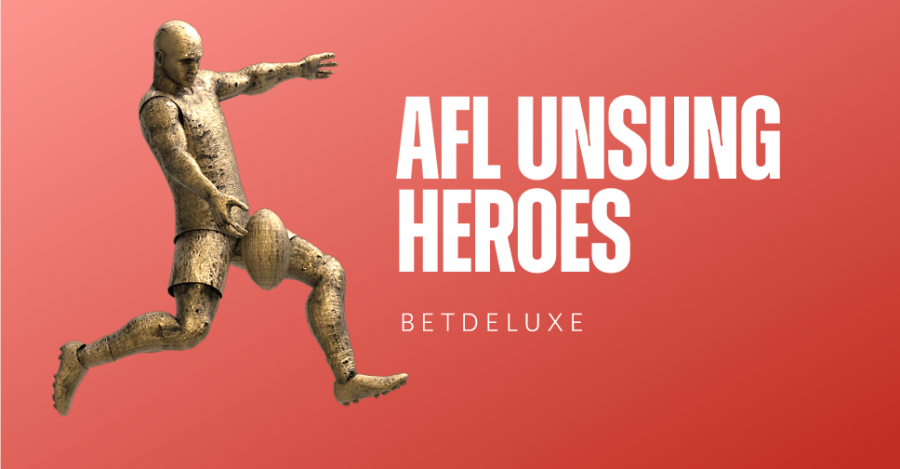 Another set of headlines, stories, movers and shakers in the 2022 AFL season come to light as BetDeluxe goes through the unsung heroes for Round 17.

It’s a Gold Coast Suns theme this week and deservedly so.

Social media can sometimes be a bit of a cesspool.

But, sometimes, viral feel-good videos pop up and make your day.

You want to go check the AFL’s official social media pages for this.

It was the moment which saw Noah Anderson take an uncontested mark at the death of Gold Coast’s Round 17 match against Richmond.

This little Gold Coast fan, whose name of which we have no idea, waited with angst.

Anderson would slot the after-the-siren goal to register a famous Gold Coast come-from-behind win and this Suns fan went absolutely bonkers as the kick sailed through the big sticks.

The Gold Coast flag he held got an absolute work out as he jumped for joy in the grandstand.

This is a must watch!

Another feel-good story added to the unsung heroes of Round 17.

This time it is young Noah George.

A life-long Carlton supporter is this little tacker who is currently under doing chemotherapy for his battle with leukaemia.

He and his brother Cruz were walked onto the ground and through the banner at Optus Stadium by Carlton captain Patrick Cripps in a tear-shed moment for everyone involved.

The smile on Noah’s face was infectious and it was a moment he will never forget.

Great for the Blues to get the win on the day for him.

What a recruit he has proven to be for Gold Coast.

Mabior Chol left Richmond for more opportunity at senior AFL level and he could not have been more vindicated after his three-goal performance against his former side on the weekend.

Chol scrounged home a late goal off the deck of the utmost importance to give the Suns all the momentum before Noah Anderson buried RIchmond with the match winner after the siren.

The big forward rounded out his game with nine score involvements and three contested marks as his fantastic season continued on its merry way.

Sorry, but Cameron Guthrie gets a run again.

No idea why he does get put in the media headlights for his performances.

He was sensational against Melbourne at Kardinia Park last Thursday night as he racked up 28 disposals, nine score involvements, seven tackles, six clearances and two goals to help his Cats to a big 28-point win.

Mitch Duncan, Patrick Dangerfield and Joel Selwood did what they always do, but so did Guthrie.

He hits Round 18 in peak form and will prove a headache for any midfield to stop.

It is a shame Kyle Langford missed a late portion of this year with a hamstring injury.

Essendon’s season could well be a completely different story had he been fully fit for the majority of the season, especially with what transpired on Sunday against Brisbane.

Langford piled on four goals to go with his 17 disposals in a dominant display at the Gabba.

Great to see him get his body right and his some good form heading into the back half of the year.