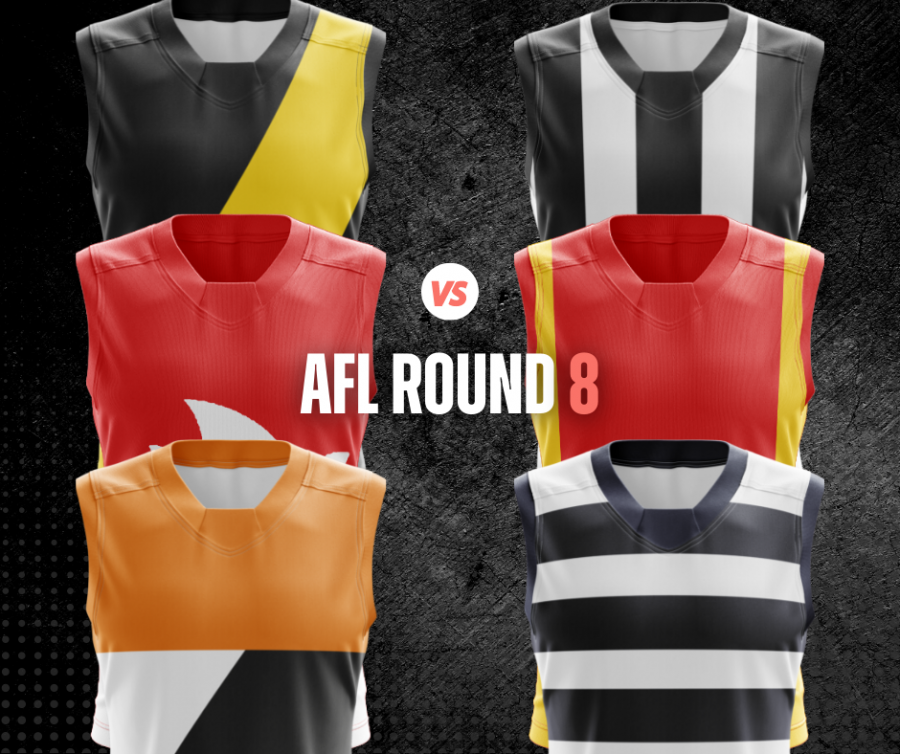 The Saturday afternoon fixtures for Round 8 have been analysed, and the BetDeluxe crew has pinpointed the best bets.

It all starts when Richmond host Collingwood from the MCG.

The Richmond champion will make his much-anticipated return after taking time away from the game for a few weeks to get himself right for the rigours of AFL.

He and his Tigers will front up against a much-improved Collingwood team which comes into this off a 25-point victory against Gold Coast last week.

Richmond is on the precipice of the top eight and continues to regain stars from injury as the weeks progress.

A fitter, stronger and healthier Tigers team with Dusty roaming should be able to collect the four points.

Sydney hosts the struggling Gold Coast Suns at the SCG on Saturday afternoon in a bid to hop back into the top four.

The Swans will likely welcome back intercept defender Paddy McCartin, and Logan McDonald from a concussion, and Tom Hickey could also return pending a late fitness test.

For Gold Coast, it will be hoping to stem the bleeding as another season in the AFL is on the ropes with finals looking beyond reach again.

From a match perspective, the midfield of the Suns might be able to match it up with the Swans, but the home team has too many options at the bookends of the field to be any doubt winning this match.

After getting its season back on track in the best possible way, Greater Western Sydney fronts up against Geelong on Saturday afternoon in a bid to make it two in a row.

The Giants smacked Adelaide last weekend in a win that is sure to instil plenty of confidence back into the camp, while Geelong was on the wrong of a 69-66 result against Fremantle.

Much has been discussed about the ageing profile of the Cats’ list, and coming up against a resurgent Giants might not exactly be the ideal scenario they were looking for this weekend.

However, the return of Patrick Dangerfield should spark Geelong into life, and his inclusion will see the Cats look much more potent in the front of the centre than it did against Fremantle.

Cats to get it done in a titanic struggle.