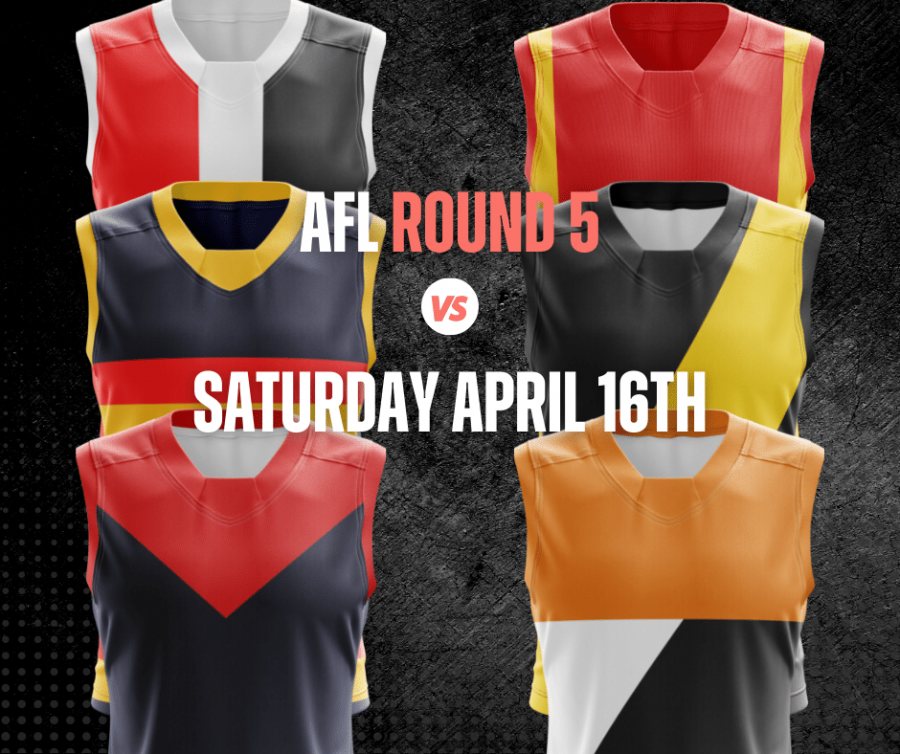 The BetDeluxe AFL team breaks down all the best bets from this Saturday’s round five fixtures.

St Kilda will attempt to keep up its winning ways when it faces Gold Coast at Marvel Stadium on Saturday afternoon.

After a slow start to the season, the Saints have mustered up three-straight wins to sit 3-1, while the Suns improved to 2-2 after a five-goal win over Carlton last weekend.

St Kilda showed its ability to rip a team apart after it piled on 22 goals in a 69-point hiding of Hawthorn.

The Saints will be without coach Brett Ratten for this game due to health and safety protocols, while Paddy Ryder is set to miss two weeks after being suspended for a bump.

With Ryder being such an integral figure to this Saints purple patch of form, missing him is going to hurt.

Gold Coast looked very sharp in its win against Carlton and can cause a few headaches for the Saints.

Stuart Dew’s men will try to gain the ascendancy around the stoppages as they did against Carlton.

Fresh off a barnstorming round four win over the Western Bulldogs, Richmond travels over to the ‘city of churches’ for a Saturday twilight fixture against Adelaide.

No doubt a young defence with the likes of Josh Gibcus, Ben Miller and Daniel Rioli will walk a little taller with Vlastuin alongside them.

Their role will be to lock down dangerous key forward Taylor Walker who has made his successful return since serving a suspension.

The Tigers have showed some sort of form akin to finals football last week against the Dogs, and it needs to translate here against a Crows outfit coming off a close loss to Essendon.

Tigers should have enough on the park to cover the line.

A 5-0 record to start the season is on track for Melbourne when it prepares to face GWS at the MCG on Saturday night.

The reigning premier has not slowed down one iota and there are no signs of a premiership hangover after it cruised to victory over Port Adelaide last Thursday.

The Giants, meanwhile, easily accounted for the Gold Coast Suns and will be looking to cause an upset, similar to what they did to the Demons in Round 16 of 2021.

An initial look at the market sees the Demons very similar odds compared to their loss against the Giants last year.

The line does like well overplayed and if the Giants midfield band can get its act together, it does spell a danger game for the Demons.