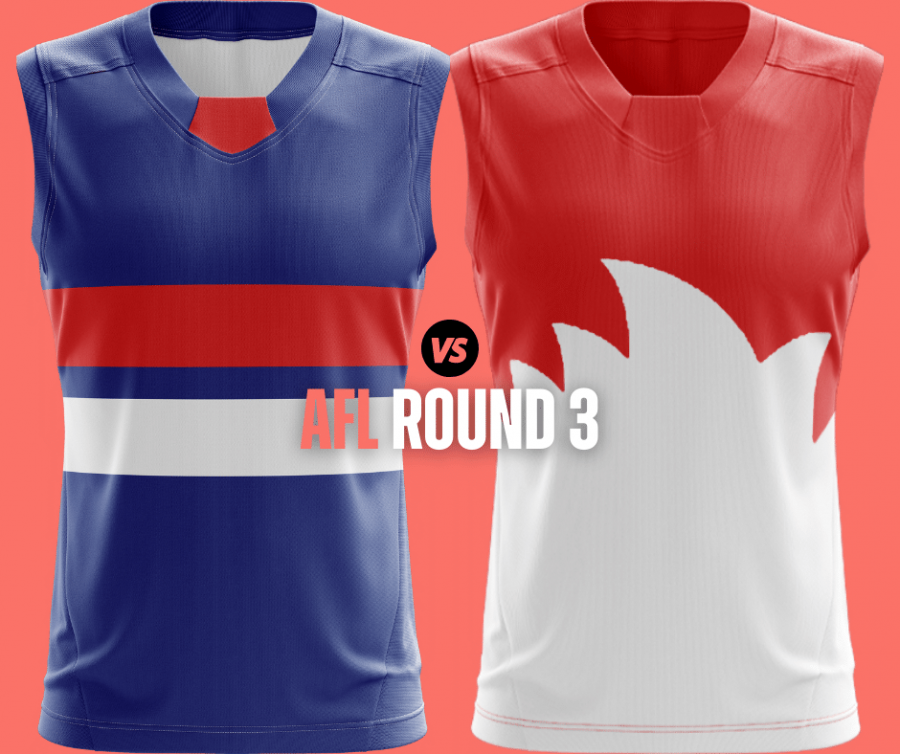 The Western Bulldogs will try to avoid going 0-3 when they welcome the Sydney Swans to Marvel Stadium on Thursday night.

It has been a whirlwind of a start to the year for the Bulldogs with a media frenzy involving coach Luke Beveridge and injuries causing headaches at The Kennel.

Sydney, on the other hand, has had a faultless start to the season.

After an 11-goal win in Round 1 against Essendon was followed up by a 30-point victory against Geelong, which saw Lance Franklin bring up his 1000th career goal.

The Swans come up against a Bulldogs team coming off a 12-point loss against Carlton.

John Longmire and his troops will know a wounded Bulldogs outfit is extremely dangerous to take lightly.

There is every possibility midfield star Bailey Smith will be back after missing last week’s loss with a hip complaint, but gun key forward Aaron Naughton is in some doubt with calf cork.

If Naughton does miss, the Bulldogs will struggle for a focal point inside forward 50.

Sydney does have the most recent win between these teams having recorded a 79-60 win in Round 17 at Marvel Stadium last season.

All signs point towards Sydney getting the four points here, especially if Naughton does not come up.