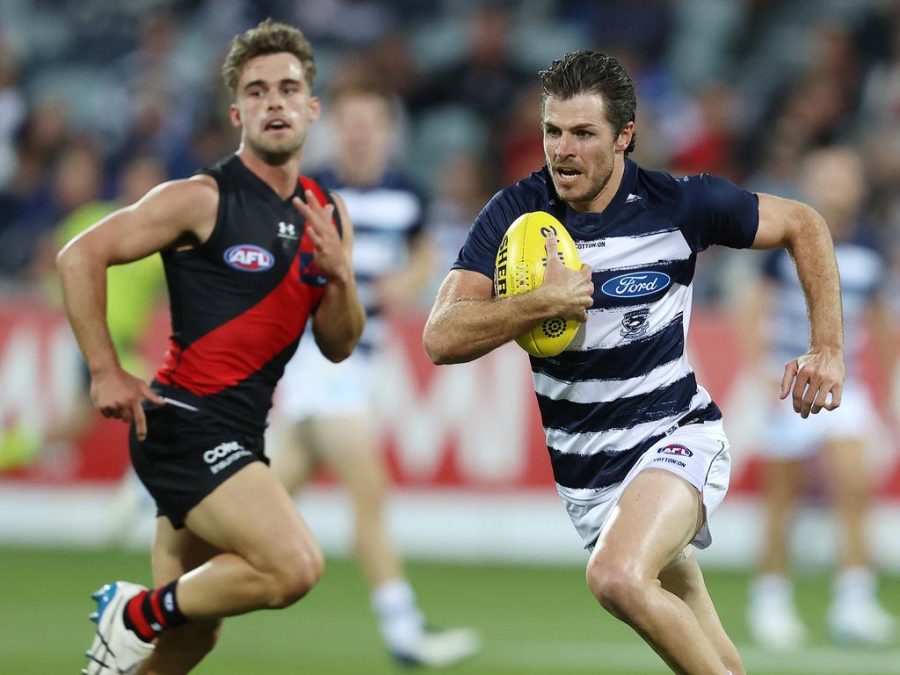 With Round 1 well and truly underway, the BetDeluxe AFL squad has a look at the best bets and tips coming into this weekend’s fixtures.

The old firm down at Kardinia Park make the trek over the MCG for a big Round 1 game against a young and dangerous Bombers outfit.

The Cats went through the motions in their AAMI Community Series loss to Gold Coast, while the Bombers fell short against St Kilda.

Essendon has not beaten the Cats since Round 8 of 2017, but there is cause for optimism coming into season 2021 with a host of young stars to take the next step.

But the Cats have all the experience and have belted the Bombers by 40-plus in the last two outings.

The veterans in blue and white hoops will get the four points and should be able to cover the line as well.

The Giants had to do it tough in 2021 with injuries completely derailing their season, while the Swans skipped into the eight with a juvenile foundation underpinning another year of finals.

Stephen Coniglio will make his return for the Giants after a strong pre-season and there will be an added sense of optimism around the Giants camp.

Sydney might still have a sour taste in its mouth from its 74-73 loss in last year’s elimination final loss against GWS and it is favoured to win this game.

What we do know is these teams love playing in tight contests.

Three out of the last five games have been decided by two points or less.

WIth that in mind, GWS at the head to head looks the value given it has more upside with a healthier list to be fielded than we saw for the majority of last season.

In front of its adoring home fans, Brisbane will try to kick-start its season in the best possible fashion when it hosts Port Adelaide at the Gabba.

Still missing Eric Hipwood with an ACL injury, the Lions will regain some x-factor with the return of classy midfielde Cameron Rayner.

Port Adelaide, meanwhile, is likely to be without key forward Charlie Dixon, which is a massive issue for Ken Hinkley from a structural point of view.

The load is going to be put on the back of Mitch Georgiades should Dixon not get up for the match.

Keep an eye on the teams, if Dixon does not play, it is advantage Lions.

The cellar dwellers of 2021 come head to head Round 1 in 2022 when Hawthorn meets North Melbourne at the MCG.

Sam Mitchell will begin his coaching tenure at the head of Hawthorn and the expectation on his side this year is to continue the development of younger stars, while the same can be said for North Melbourne under David Noble.

Hawthorn will regain gun forward Jack Gunston after he put aside a debilitating back injury which ruined his 2021 season.

The MCG factor is what has Hawthorn slightly favoured in this game as well as the ladder positions in 2021.

The Hawks finished slightly above the Roos last season and without the pressure of knowing whether or not Mitchell would take over from Al Clarkson, the brown and gold army can get back to focusing on footy.

The City of Churches comes to life when Adelaide Oval hosts the Round 1 contest between Adelaide and Fremantle.

Motivations will be a little different for each side this season with the Crows looking push up the ladder and away from the bottom, while the Dockers are in the hunt for a top eight finish.

Adelaide will be without their champion leading goal-kicker in Taylor Walker for the early parts of the season, but there is plenty of excitement brewing with the likely debut of Josh Rachele.

The interstate form of Fremantle last season is what cost it a spot in the finals, so better performance away from Perth is the gap that needs to be bridged.

Think the Dockers, from what we have seen in the pre-season, should have enough in the tank to get the four points.

It has been a wild and chaotic pre-season for West Coast as it somehow tries to properly prepare for this opening-season battle with Gold Cast at Optus Stadium.

Injuries and COVID dramas have seen the markets flip in favour of the Suns with the Eagles to be without a heap of star players.

Finding goals might even prove difficult for Gold Coast with Ben King out for the season with an ACL injury.

In what we predict will be a low-scoring match, Gold Coast just has to be the bet here.