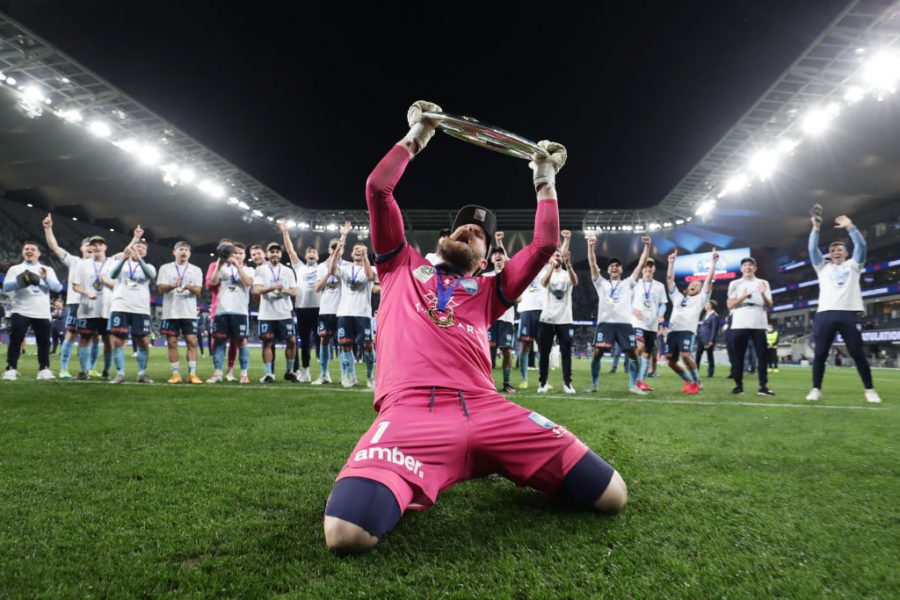 This weekend’s set of A-League tips and previews brought to you by the soccer experts at BetDeluxe.

It will gets underway with Melbourne City taking on Newcastle.

Melbourne City will look to rebound with a win when it faces Newcastle Jets at AAMI Park on Friday night.

City was left dumbfounded after letting go of a 1-0 lead against Adelaide to go down 2-1 and leave itself vulnerable to dropping down the table.

Newcastle, meanwhile, could not have asked for a better start to its double-header in Melbourne after defeating Victory 2-1 last Saturday.

The Jets seem to have settled into life with new coach Arthur Pappas and will have to back up with a similar performance to the one it showed against Victory.

City has the undeniable talent that can win this game easily, but it has been wildly inconsistent this season.

The feel-good story of February rolls when Wellington Phoenix attempts to continues its charge up the ladder against Sydney FC on Saturday night.

The Phoenix have had to do it tough the last two seasons by playing away from New Zealand, but their form this February has amongst the best in the league.

Sydney FC is going to have to deal with a Phoenix team that is undefeated in its last five outings and also coming off 3-0 thumping of Brisbane.

The Sky Blues have been a nightmare to punt on confidently this season, but recent fixtures suggest they might be over their pedestrian start.

Steve Corica’s men are favoured to win this game, however, the form of Wellington is hard to be against.

Does not seem to be value at the head to head, so we will go with the total goals going under 2.5 in what we predict will be a tightly-contested stoush.

Macarthur FC is on the quest to reverse a five-game winless run when it encounters Adelaide United at Campbelltown Stadium on Saturday night.

After a fast start to the season, the Bulls have hit a roadblock and have free-fallen down the table with a winless streak that has extended to five games.

Ante Milicic would want to get that form reversal coming quicker rather than later and what better way to do it than on the home deck.

But it will not come on a silver platter.

Adelaide is in winning form after despatching Melbourne City at AAMI Park on Tuesday.

The double-away game scenario for the Reds might see them a bit jaded, but they can pinch a result here.

Melbourne Victory will attempt to steady the ship when it meets Central Coast Mariners at AAMI Park this Saturday night in an FFA Cup Final rematch.

Since that fateful night for the boys in blue a fortnight ago, it has been a wretched run having lost three league games in a row.

Many have questioned the form of Ivan Kelava who has looked very suspect in goals for Melbourne since that FFA Cup win.

Central Coast will be looking for revenge and it might very well come if Jason ‘Cumdog’ Cummings lines up for the Mariners.

He was sorely missed in the final and can make the most of getting at this this shaky Victory defence.

Josh Brillante coming back into the heart of midfield for Victory will certainly help their cause, but we will be backing the Mariners to cause a big upset here.

It is the case of picking the lesser of two evils when Perth Glory meets Brisbane Roar on Sunday afternoon.

The Roar sit last on the table, while Glory sits second last as disastrous seasons for both teams continue to unfold.

Brisbane did itself no favours with a 3-0 loss to Wellington on Wednesday and have no shown no signs of coming out of this form slump with a meaningful patch of results.

The 3-1 win over Macarthur seemed an anamoly, but maybe coming up against Perth is the fixture that can change it all around.

The Glory have the most interrupted season in their history and it has likely contributed to a shocking run of results.

Fixture changes, weeks between games and the ever questionable influence of marquee signing Daniel Sturridge has made it tough.

UTAS is a neutral stadium for both teams, so there is no real advantage from a crowd perspective.

Flip of the coin. Let’s go with Perth.

The Western Sydney Wanderers come to Melbourne town cock-a-hoot full of confidence after a big 2-0 win over Melbourne Victory on Wednesday.

Standing in their way at AAMI Park will be top-of-the-league Western United.

This will be a tactical affair between John Aloisi and Mark Rudan.

Only two weeks separates the last fixture against these clubs when United scored a 1-0 victory back on February 5th.

But since then, Rudan has been able to further build his mantra into this Wanderers team that lacked confidence and form early in the season.

United has the advantage of being on its home deck, but Rudan has the Wanderers playing much better football now.